I Love My Diet! Even When I’m On Vacation. 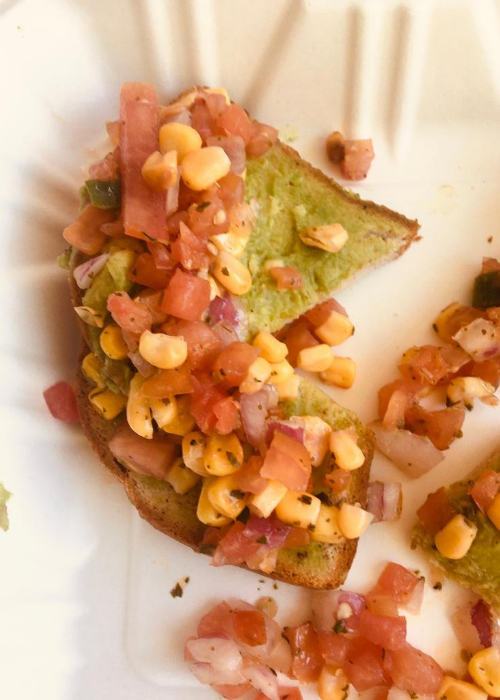 It had been well beyond two and a half years from when I began creating my own diet when I realized I actually—do “love” my diet. And the reason it hit me in such a profound way was that I was still following it—and wanted to follow it—even during our mini-vacation.

Before we left, I had a simple slice of toast with my new favorite vegan butter made from cashews. It still is shocking to me that my love for real butter had easily taken a back seat to the questionable legume. And the toast I was eating was not the normal gluten-free version of bread I usually grab from the freezer either. This time it was fresh sourdough.

Recently, I had a server with celiac disease inform me that for some strange reason, sourdough was easier on his system. His body was somehow able to process it. I had been accustomed to my new gluten-sensitive choice life for quite some time, and even though, on occasion, I did miss bread, I certainly was not craving it as I had in the past. Mainly because I still allow myself the pleasure of eating it. It was just in a different way. What I definitely did not miss or crave, was the older shape of my body. But after being made aware of this old-fashioned potential sourdough phenomenon—I found myself salivating in bread heaven.

Living mindfully in the present moment, slowly, I consumed bite after delicious bite. And to go with it I made a caffeine-infused protein shake tossing in some whole oats, cinnamon, and a smidge of light agave. Just before leaving for our vacation weekend and during my final virtual morning meeting, I sipped gloriously on my coffee cake shake.

On the boat ride to The Vineyard, we searched for a restaurant to make a dinner reservation that might accommodate my now, quite comfortable, vegan-ish, and gluten-sensitive diet. My love diet. And what we found when we arrived was pure Asian perfection. 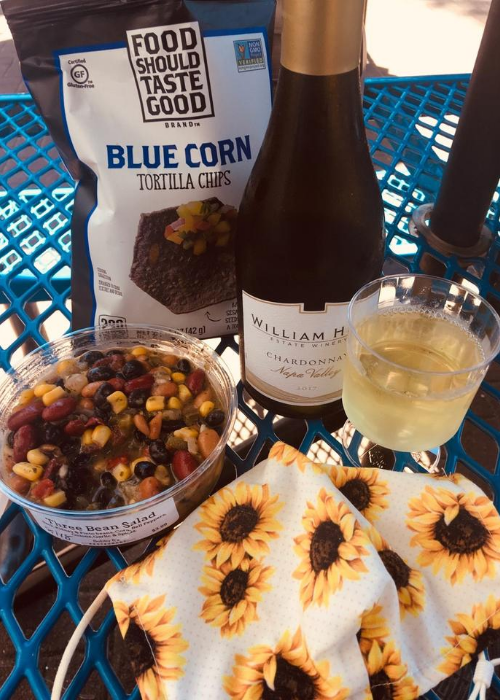 Quickly eye-browsing the menu for tofu and spotting various interesting veggie combinations, we decided to order the mussels as an appetizer. A simple dish I enjoy often when I feel like embracing the slimmed-down version of a Pescatarian title called Segan. But when the mussels arrived, they were not served in the typical Italian style or American scampi fashion. This mussel meal was the most creative and interesting display I had ever seen. They were large and left open-faced in a neatly formed row, oyster-like, in their half-shell. On top was a layer of mayo-like siracha sauce, similar to the zig-zag drizzle used on the veggie California rolls that I like to enjoy almost weekly. It was as interesting as it was delicious. And after we absorbed the untouched image for as many seconds as we could, we dove in, trying not to fight over them as we devoured them one by one.

The breakfast we had our first morning was a surprising and familiar find: Avocado toast. The hurriedly written chalkboard description seemed questionably ordinary, but when the gluten-free masterpiece arrived it was nothing shy of beautiful. My avocado buttered toast was sprinkled with a tiny diced, delicately seasoned salsa with red onion, tomato, green pepper, and yellow corn. It was so good I ordered it again the next day on our weekend getaway.

After spending some time at the beach, a little window shopping, and some simple mask-on tourist purchasing, we stopped at what appeared to be an average deli that served the typical pizza, sandwiches, burgers, and fries. But of course, my eyes immediately searched for the healthy and familiar foods that my body now craves.

In the cooler, I spotted a three-bean salsa in a small round deli container and a perfectly portioned small bag of blue corn chips to scoop it with. At the register was a convenient container of wine tools so of course I went back to the cooler and found a nice mini bottle of chardonnay. The meal was the perfect amount for a simple lunch and sustained us for several hours. I thought for sure my husband would want to embrace the opportunity to sneak in a burger or slice of pizza since I am the one who usually cooks and haven’t served those types of food to my family for almost a year. But my choice must have looked exceptionally good, because yes, my husband ordered the same. The only variation, a beer. 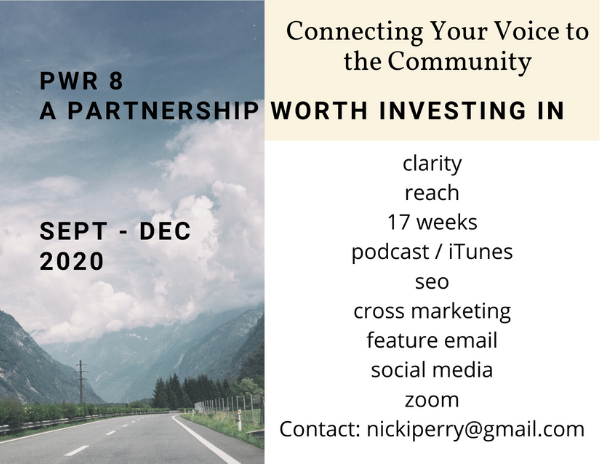 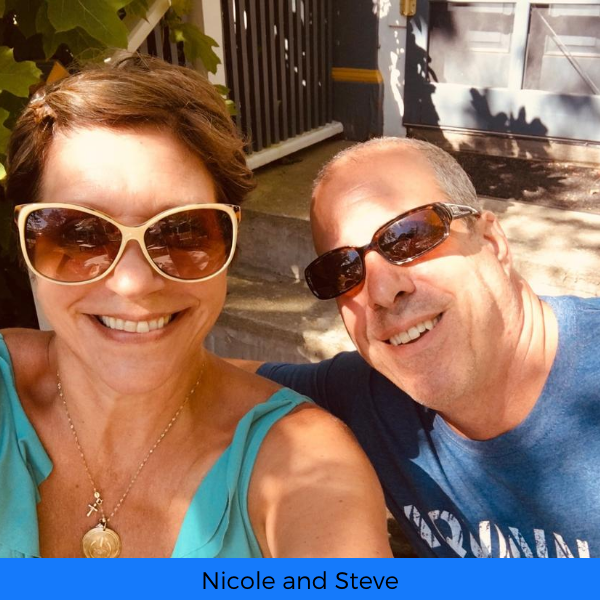 Scrambling to secure a last-minute reservation for our anniversary dinner, I had doubts about the highly recommended Italian bistro. My choices were limited—as I assumed they would be—but they were most accommodating to my needs as a valued consumer. Looking over the menu I spotted a vegetable risotto that I asked if they could add some extra mushrooms too and they did. And from my husband’s plate, he let me steal a couple of his scallops. We took our time and enjoyed the unbelievably delicious meal and each of us easily cleaned our plates.

What I have found over these nearly three years of creating my own diet is that the restaurant menus are rarely suitable for my needs, but I can navigate almost any situation to accommodate the continuing and now uncontrollable desire to feed myself love.

My why for writing my debut book is foundationally based on the simple fact that I was tired of feeling deprived in public—and then again alone—losing that unwanted battle within my own body. I haven’t felt intimidated at all by eating out or with others, simply because I started to change one thing at a time until I got the hang of it and then moved on to my next challenge to eliminate or introduce something else. And during the entire process, I have been respecting—and loving—myself more.

What I have done is continue to use the titles that work for me, according to the menu. I do usually say “gluten-sensitive” which has become a sort-of no-brainer. And what I have found is that I do not have to disclose the heavy “vegan” or “segan” title if I want to order pan-seared scallops, steamers, or a mussel dish. I simply let my servers know that I am vegan-ish and mostly dairy-free. And to let their chef know that I’m okay—with a little butter today.

It has taken almost three years to lose a relatively small amount of weight in some people’s eyes. But having shed about 25 pounds is a huge accomplishment for me. And I know that as I continue this healthier path, more weight will come off. Slowly and steadily.

When we arrived home from our little anniversary weekend, I didn’t bring back eight extra pounds of fat or guilt. What I brought home was continued accountability along with a splash of pride. 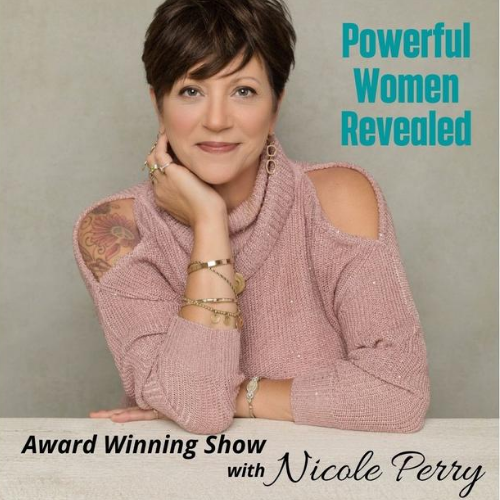 Nicole Perry’s debut book: I Am On A Love Diet, is available on Amazon and www.iLoveMydiet.com.

Nicole Perry grew up in Westport, Massachusetts, and moved during her High School years to Dover, New Hampshire. She graduated from Dover Regional Technical Vocational High School in 1985 at the age of 17 and moved back to Massachusetts at 20-years-old.

In 1992 Nicole traveled the United States for a few months and landed in Charlotte, North Carolina where she met her husband. She attended two years of night school at Queens College in Charlotte, and after the birth of her first-born son in 1999, she moved back to Massachusetts again.

Nicole spent almost 10 years being a stay-at-home mom before re-entering the working world as an entrepreneur in 2007 and transitioning to become a work-at-home mother with four kids under the age of ten.

In 2013, Nicole created a radio show to support women entrepreneurs and businesswomen that shared the same desire to market themselves with quality media which is broadcasted on local FM radio.

When her first of four children began his first year at college, Nicole began writing her debut book, “I Am on A Love Diet” where she candidly shares her 365-day journey to feeding herself more love.

Nicole Perry resides in Plymouth, Massachusetts with her husband Steve of 24 years, their four children: Logan, Reece, Greenleigh, and Duke, and their three dogs: Stella, Lucy, and Baby Bear.