The Truth About Carbs 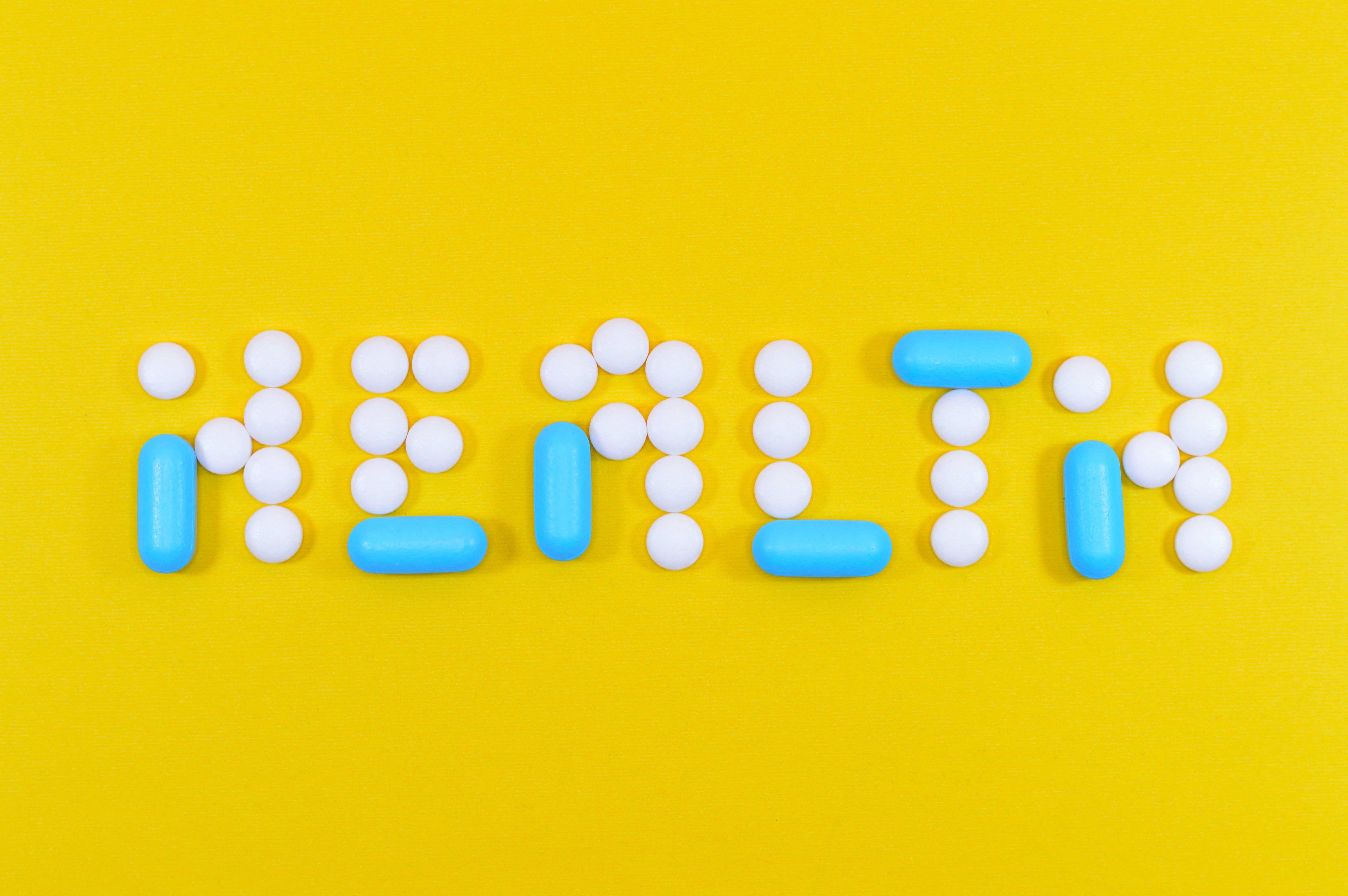 Carbohydrates are one of the three macronutrients found in our food. The other two are protein and fat.  According to Merriam-Webster, a macronutrient is “a chemical element or substance (such as potassium or protein) that is essential in relatively large amounts to the growth and health of a living organism”. So, if carbohydrates are a macronutrient—meaning our body needs “relatively large amounts” in order to be healthy—why has low-carb become such a popular diet trend?

Recently, Dr. Stacy Sims addressed this very question on her blog and I thought you would be interested in what she had to say.

Stacy T. Sims, MSC, Ph.D., author of ROAR, is a forward-thinking international exercise physiologist and nutrition scientist who aims to revolutionize exercise nutrition and performance for women. She has directed research programs at Stanford, AUT University, and the University of Waikato, focusing on female athlete health and performance, and advocates for improving research on all women.

According to Dr. Sims,

Men do, too. Research shows another downside to low-carb training.

Women perform best in a fueled state. That means eating carbohydrates. That shouldn’t be a radical concept. Carbs are the preferred fuel source for our brain; they’re necessary to fuel high-intensity efforts, and they improve exercise performance for any efforts lasting longer than 45 minutes.

Yet the fear and villainization of carbs will not stop. 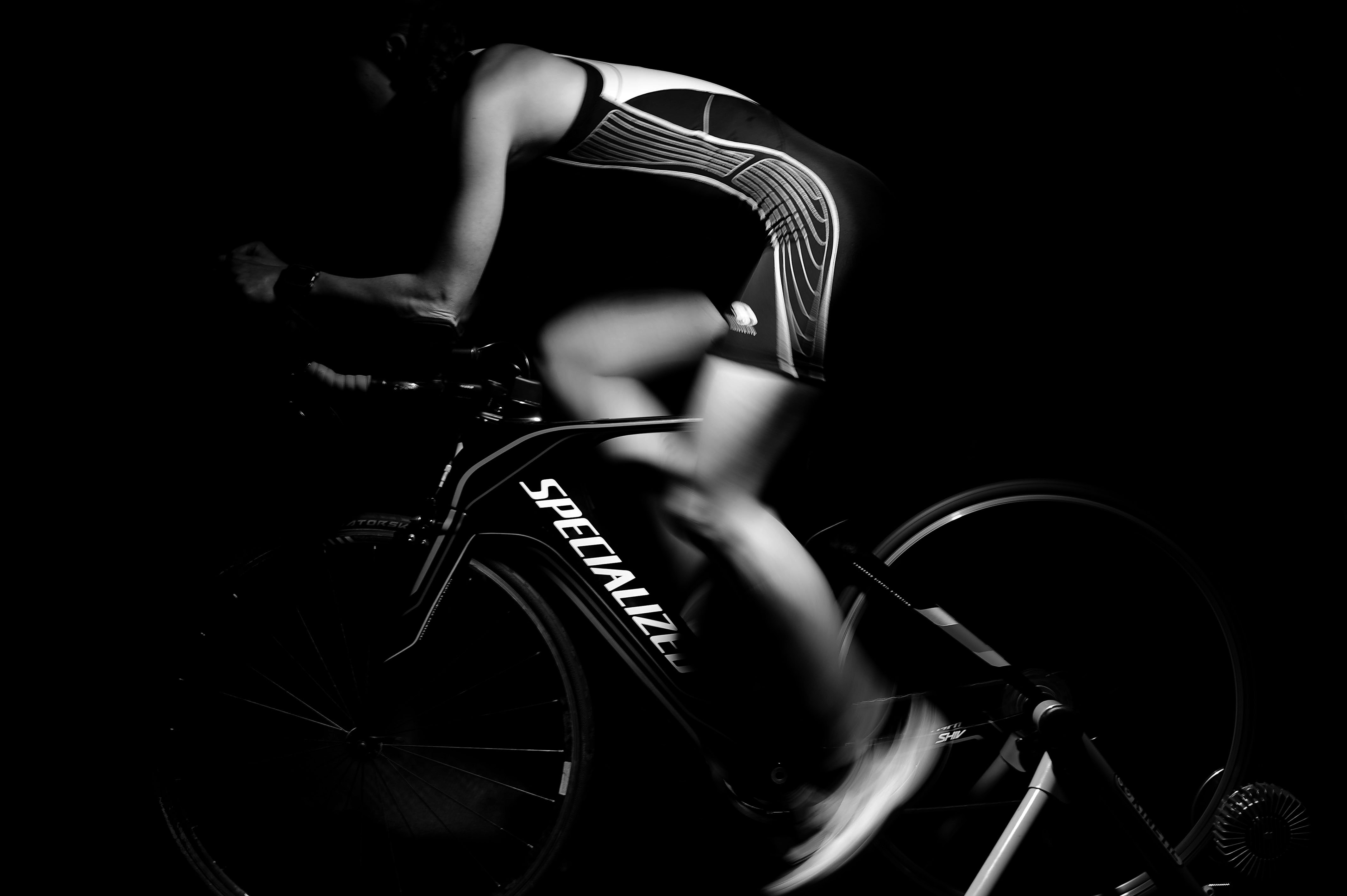 I blame the low-fat debacle when everyone decided it was fat that was making people gain weight and become metabolically unhealthy. So we were told to eat “fat-free” and manufacturers just removed the fat and poured sugar into everything to make it taste okay without fat in it. The result: a public health disaster. People were eating rice cakes instead of avocados and sugary jelly instead of nut butter on their toast. The population gained more weight and metabolic health suffered.

So then the pendulum swung way  too far in the other direction and everyone became carb-phobic, convinced that it’s the carbs that are causing all the problems when it’s really this kind of extreme thinking that is problematic. Especially in active women, whose metabolism is more sensitive to dramatic restrictions because our hormones are designed for the survival of the species.

That’s why intermittent fasting may help men get lean but makes it harder for women to budge their body composition. It elevates the stress hormone cortisol, which signals for the body to hold onto body fat and to turn down the resting metabolic rate.

Women especially need carbohydrates. When our brain perceives that we’re not getting enough nutrition, especially carbohydrates, we have a marked reduction in the production of kisspeptin, a neuropeptide that’s responsible for sex hormones and endocrine and reproductive function, which also plays a significant role in maintaining healthy glucose levels, appetite regulation, and body composition. Less kisspeptin stimulation can increase our appetite and reduce our sensitivity to insulin.

(CF Note: Low insulin sensitivity is known as insulin resistance. The cells do not absorb as much glucose, which might lead to excessively high blood sugar levels. Without management, this can progress to type 2 diabetes.)

If you need another reason to eat enough carbohydrates to fuel your exercise, training, and competition, here’s another: It helps maintain a healthy immune and stress response to exercise and may help you avoid slipping into iron deficiency and anemia.

To help illustrate that point, I’m going to do something I rarely, if ever, do: cite male-based research. A study published in the March issue of Medicine & Science in Sports & Exercise reported that even short-term adherence to a low-carb diet had negative impacts on male athletes, eliciting small, but significant unfavorable iron, immune, and stress responses to exercise.

The athletes trained as usual and completed a 25k laboratory race walking test on the six-day of each dietary phase, where the researchers examined their iron regulatory, immune, and inflammatory responses to the exercise. In the end, the athletes who started following the LCHF diet had a higher inflammatory and hepcidin (which is linked to inflammation) response after exercise than they did during the high carb diet phase. That’s important because hepcidin makes it harder to absorb iron after exercise. It already stays elevated between three and six hours post-exercise in pre-menopausal women and up to 24 hours in post-menopausal women. The higher it is and longer it remains elevated, the more problematic it is 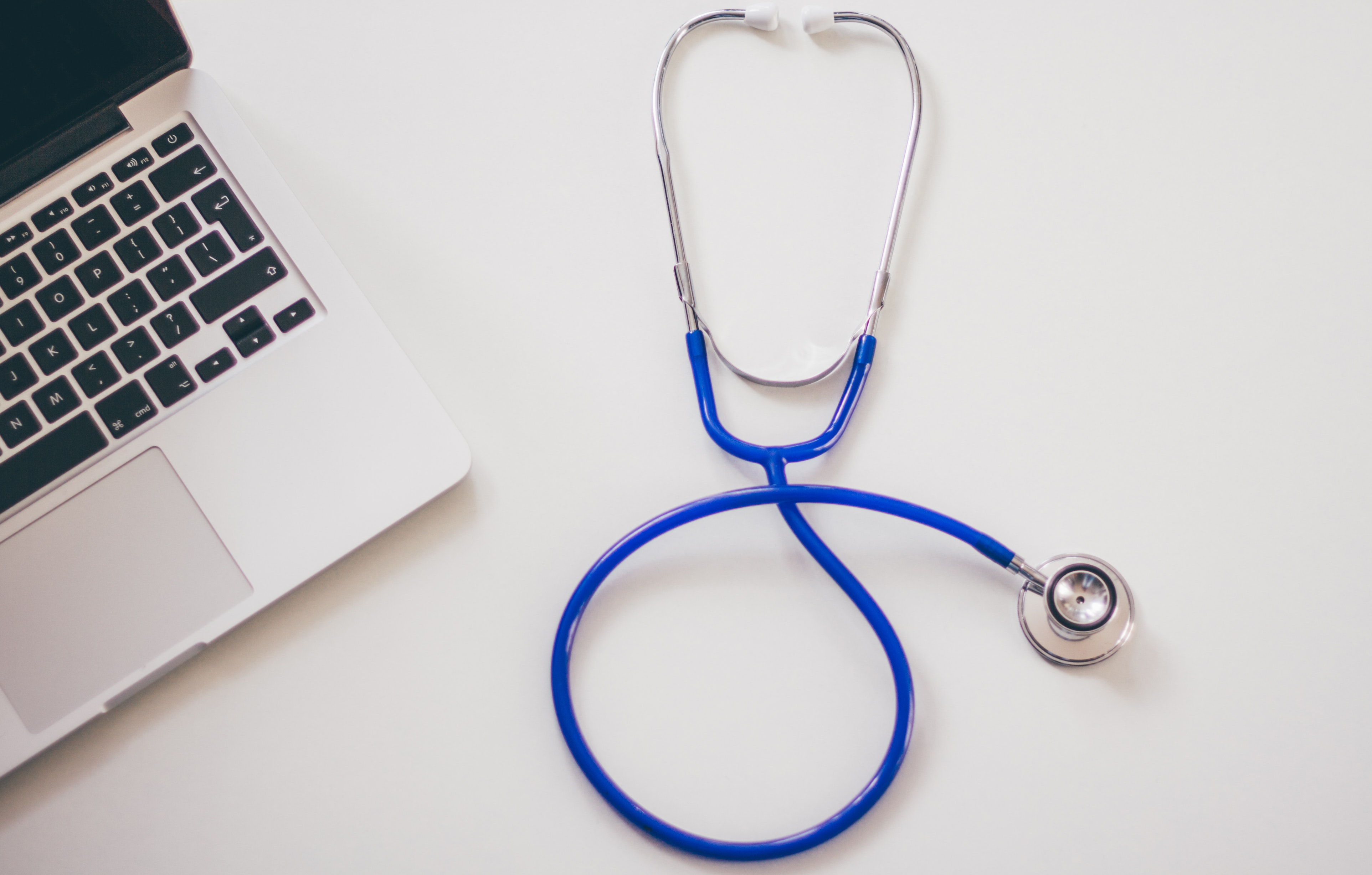 The low-carb high-fat dieters also had higher levels of cortisol and lowered immune resistance and were significantly slower (7 minutes and 28 seconds slower!) on their 25K laboratory race-walk test than they had been on the original diet.

The LEA athletes didn’t see these changes, because they were at least fueled with adequate carbohydrates. That’s not to say that LEA is a “good” thing. We know it’s not. But it highlights the importance of carbohydrates—even for men. I’m putting this here because I hear again and again how these diets work so great for men, so they should work for women. But in cases like this one, they aren’t working so well for them either.

The study did not include women (and I certainly wish it had), but it did note that “women should also be explored, since it may be that women show greater health and physiological perturbations to LEA than their male counterparts.”
As mentioned above, we also have a greater physiological disruption in response to low carbohydrate intake than men. So on top of all those metabolic disruptions, this research shows that cutting carbs can mess with your iron regulation—something I’ve been talking about for years and that female athletes who already struggle with low iron and anemia really do not  need.

I feel like a broken record on this topic sometimes, but social media is filled with people selling extreme diets and quick fixes. Many women—even athletic women—are still afraid of carbohydrates today the way they were of fat 15 years ago. If you’re one of them, I’d invite you to ask yourself if 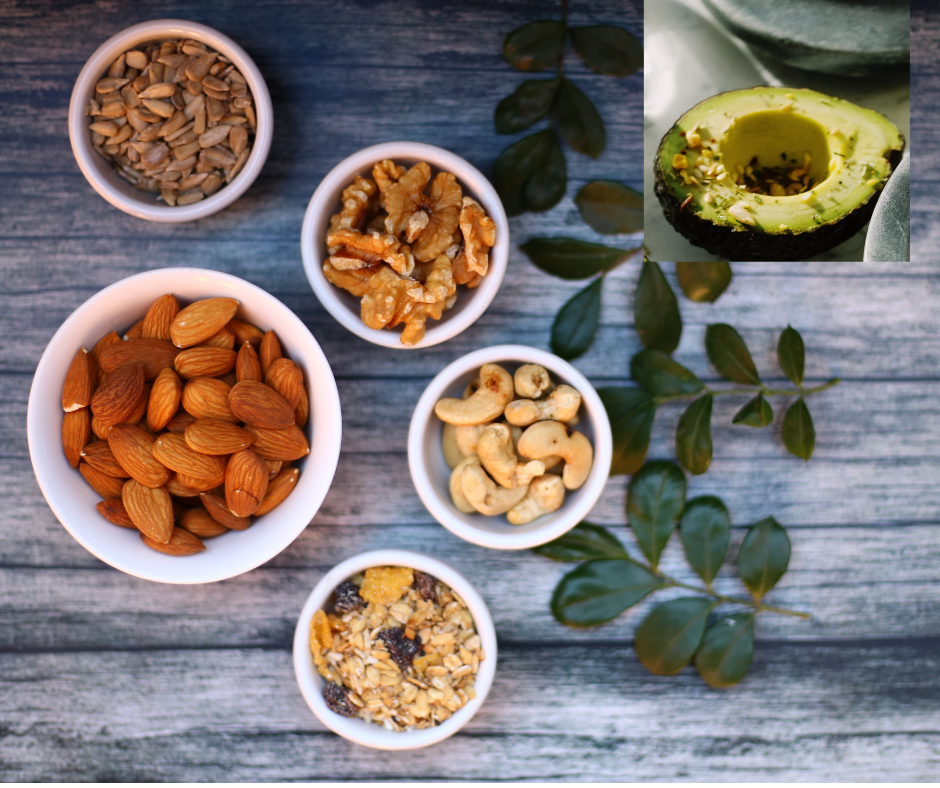 cutting out carbs today makes any more sense than cutting out fat did then. When we stopped eating fat, we robbed ourselves of satiety and vital nutrients from whole foods like nuts, nut butter, avocado, and olive oil. When we cut out carbohydrates, we rob ourselves of prebiotic fiber, antioxidants, anti-inflammatory nutrients, and phytonutrients from fruits and vegetables, and the energy we need to exercise and recover.

Restricting and demonizing an entire food group doesn’t make any more sense now than it did then. If you’re still struggling with eating carbohydrates, a good place to start is eating them around your exercise and training. That is when your body is most primed to use them, so you’ll feel and perform better and it will help you avoid slipping into low energy availability even if you’re eating fewer of them other times of the day. 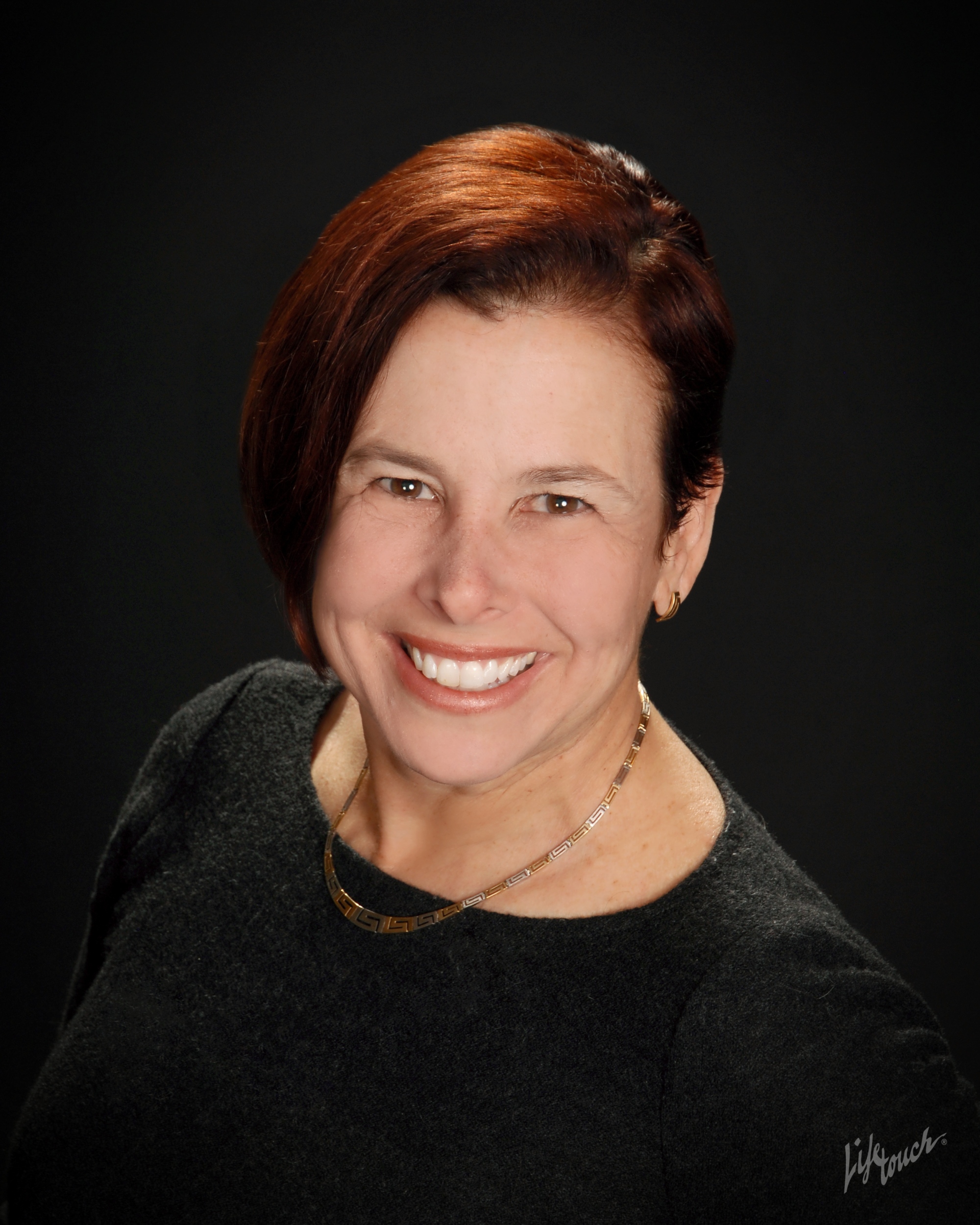 Carla Frank is an accidental athlete. She literally failed physical education in school and spent most of her life behind a desk or on the couch until she decided to walk a marathon to commemorate her 40th birthday. Since then, she has participated in more than 125 races including 20 full marathons and an Ironman triathlon. Carla is passionate about helping women of all shapes, sizes, and physical abilities achieve their own athletic potential and uplift their lives.  She supports women in creating a stronger, fitter, and more powerful self-image through partnering with their bodies and embracing an active lifestyle for more personal joy, stamina, and overall well-being.