November 2020 Curated Books for You 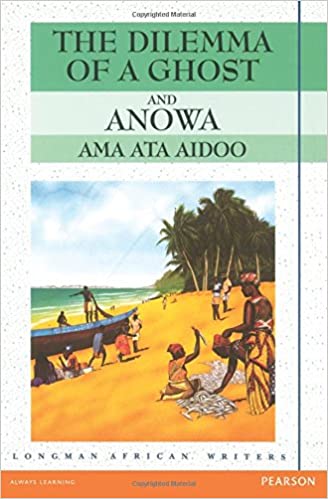 These two witty and perceptive social dramas are sympathetic and honest explorations of the conflicts between the individualism of westernized culture and the social traditions of Africa. Both plays have been performed throughout the world. 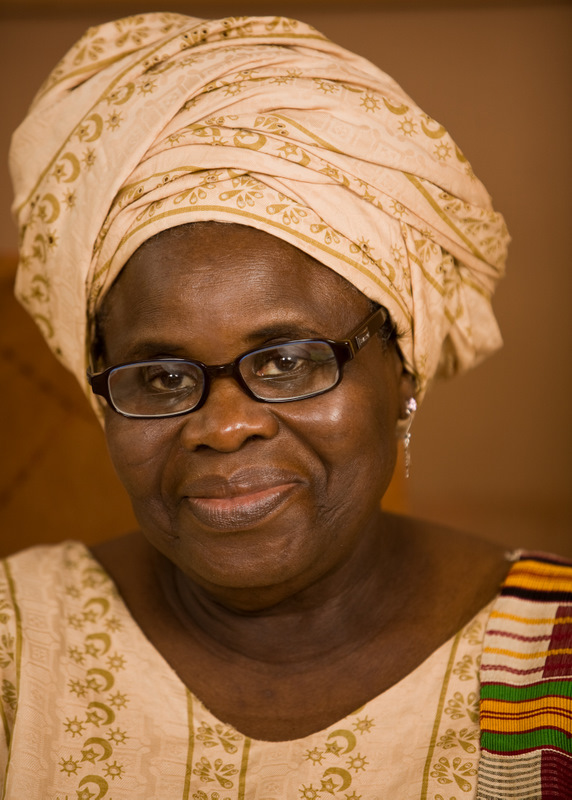 Ama Ata Aidoo is Ghana's foremost playwright, poet and novelist, and has published many works. She has held distinguished appointments in Ghana and the USA and is currently Executive Director of Mbaasem, a foundation to support African women writers and their work.

“Caste: The Origins of Our Discontents” by Isabel Wilkerson

NEW YORK TIMES BESTSELLER • OPRAH’S BOOK CLUB PICK • The Pulitzer Prize–winning, bestselling author of The Warmth of Other Suns examines the unspoken caste system that has shaped America and shows how our lives today are still defined by a hierarchy of human divisions.

“As we go about our daily lives, caste is the wordless usher in a darkened theater, flashlight cast down in the aisles, guiding us to our assigned seats for a performance. The hierarchy of caste is not about feelings or morality. It is about power—which groups have it and which do not.”

In this brilliant book, Isabel Wilkerson gives us a masterful portrait of an unseen phenomenon in America as she explores, through an immersive, deeply researched narrative and stories about real people, how America today and throughout its history has been shaped by a hidden caste system, a rigid hierarchy of human rankings.

Beyond race, class, or other factors, there is a powerful caste system that influences people’s lives and behavior and the nation’s fate. Linking the caste systems of America, India, and Nazi Germany, Wilkerson explores eight pillars that underlie caste systems across civilizations, including divine will, bloodlines, stigma, and more. Using riveting stories about people—including Martin Luther King, Jr., baseball’s Satchel Paige, a single father and his toddler son, Wilkerson herself, and many others—she shows the ways that the insidious undertow of caste is experienced every day. She documents how the Nazis studied the racial systems in America to plan their out-cast of the Jews; she discusses why the cruel logic of caste requires that there be a bottom rung for those in the middle to measure themselves against; she writes about the surprising health costs of caste, in depression and life expectancy, and the effects of this hierarchy on our culture and politics. Finally, she points forward to ways America can move beyond the artificial and destructive separations of human divisions, toward hope in our common humanity.

Beautifully written, original, and revealing, Caste: The Origins of Our Discontents is an eye-opening story of people and history, and a reexamination of what lies under the surface of ordinary lives and of American life today. 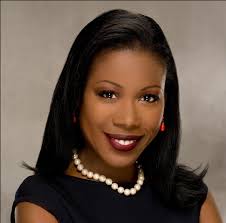 Isabel Wilkerson, winner of the Pulitzer Prize and the National Humanities Medal, is the author of The Warmth of Other Suns, the New York Times bestseller that tells the story of the Great Migration, a watershed in American history. Her second book, Caste: The Origins of Our Discontents, is forthcoming from Random House in August 2020.

WARMTH was named to more than 30 Best of the Year lists, including The New York Times' 10 Best Books of the Year, Amazon's 5 Best Books of the Year and Best of the Year lists in The New Yorker, The Los Angeles Times, The Washington Post, The Economist, USA Today, The Boston Globe, The Philadelphia Inquirer, The Seattle Times, The San Francisco Examiner, Newsday, Salon, The Christian Science Monitor, O Magazine, Publishers Weekly, Entertainment Weekly and over a dozen others. It made national news when President Obama chose the book for summer reading in 2011. In 2012, The New York Times Magazine named Warmth to its list of the best nonfiction books of all time.

The Great Migration was a leaderless quest for freedom and one of the biggest underrecognized stories of the 20th Century. From 1915 to 1970, six million African-Americans fled the Jim Crow South in what became one of the largest internal migrations in U.S. history. It changed the country, North and South. It brought us John Coltrane, Thelonious Monk, Toni Morrison, August Wilson, Bill Russell, Motown, Denzel Washington, Michelle Obama -- all children or grandchildren of the Great Migration. It changed the social, cultural and political landscape of the United States, with consequences that persist to the current day.

Wilkerson won the Pulitzer Prize for her work as Chicago Bureau Chief of The New York Times in 1994, making her the first black woman in the history of American journalism to win a Pulitzer and the first African-American to win for individual reporting. In 2016, President Barack Obama awarded her the National Humanities Medal for "championing the stories of an unsung history."

She has appeared on national programs such as "Fresh Air with Terry Gross," CBS's "60 Minutes," NBC's "Nightly News," "The PBS News Hour," MSNBC's "The Last Word with Lawrence O'Donnell," "The Charlie Rose Show," NPR's "On Being with Krista Tippett," the BBC and others. She has taught at Princeton, Emory and Boston universities and has lectured at more than 200 other colleges and universities across the U.S. and in Europe and Asia.

The Success Principles (TM): How to Get from Where You Are to Where You Want to Be by Jack Canfield 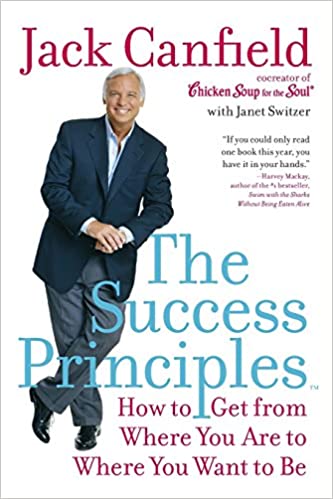 Jack Canfield, co-creator of the phenomenal bestselling Chicken Soup for the Soul® series, turns to the principles he's studied, taught, and lived for more than 30 years in this practical and inspiring guide that will help any aspiring person get from where they are to where they want to be. 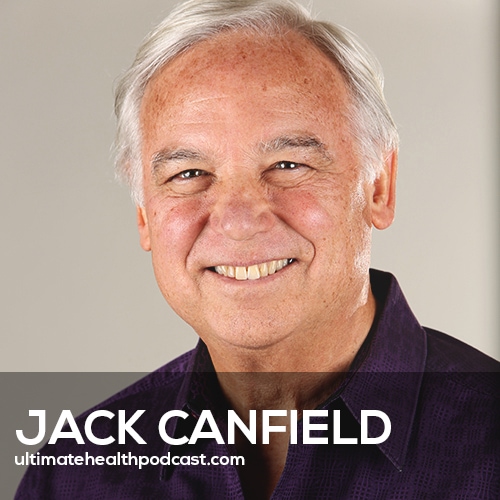 The Success Principles™ will teach you how to increase your confidence, tackle daily challenges, live with passion and purpose, and realize all your ambitions. Not merely a collection of good ideas, this book spells out the 64 timeless principles used by successful men and women throughout history. Taken together and practiced every day, these principles will transform your life beyond your wildest dreams!

Filled with memorable and inspiring stories of CEOs, world-class athletes, celebrities, and everyday people, The Success Principles™ will give you the proven blueprint you need to achieve any goal you desire.

Jack Canfield is an award-winning speaker and an internationally recognized leader in personal development and peak performance strategies. As the beloved originator of the CHICKEN SOUP FOR THE SOUL® series, he's taught millions of individuals his modernized formulas for success, and now certifies trainers to teach his content and methodology all over the world.

Jack is the author and co-author of more than 150 books (including 66 bestsellers) with more than 100 million copies in print in 47 languages around the world.

The Book of Secrets: Unlocking the Hidden Dimensions of Your Life by Deepak Chopra 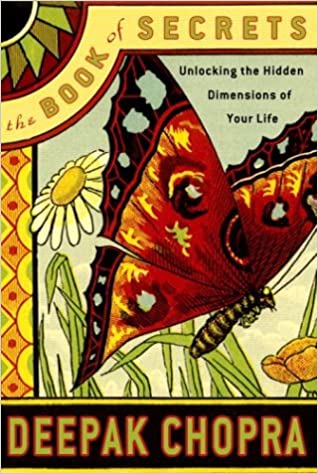 In 2014, SUCCESS magazine named him "One of the Most Influential Leaders in Personal Growth and Achievement." He holds the Guinness World Record for having the greatest number of books on the New York Times bestseller list at the same time.

We all want to know how to find a soul mate, what career would be most fulfilling, how to live a life with meaning, and how to teach our children well. We are looking for a personal breakthrough, a turning point, a revelation that brings with it new meaning. The Book of Secrets--a crystalline distillation of insights and wisdom accumulated over the lifetime of one of the great spiritual thinkers of our time--provides an exquisite new tool for achieving just that.

Every life is a book of secrets, ready to be opened. The secret of perfect love is found there, along with the secrets of healing, compassion, faith, and the most elusive one of all: who we really are. We are still mysteries to ourselves, despite the proximity of these answers, and what we most long to know remains lodged deep inside.

Because answers to the questions at the center of life are counterintuitive, they are often hidden from view, sequestered from our everyday gaze. In his ongoing quest to elevate our experience, bestselling author Deepak Chopra has isolated fifteen secrets that drive the narrative of this inspiring book--and of our lives. From "The World Is in You" and "What You Seek, You Already Are" to "Evil Is Not Your Enemy" and "You Are Truly Free When You Are Not a Person," The Book of Secrets is rich with insights, a priceless treasure that can transport us beyond change to transformation, and from there to a sacred place where we can savor the nectar of enlightenment.

"The Book of Secrets is the finest and most profound of Deepak Chopra’s books to date. Want the answers to the secrets of life? Let me recommend that you start right here." -- Ken Wilber, author of A Brief History of Everything 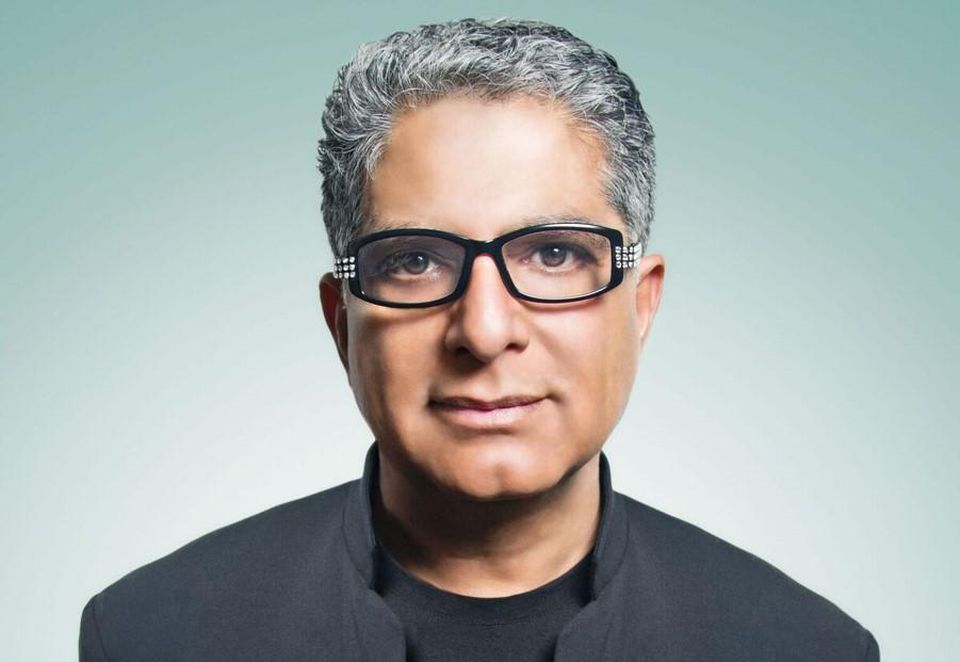 Deepak Chopra, MD serves as the Founder and Chairman of The Chopra Foundation, and Co-Founder of the Chopra Center for Wellbeing.

As a global leader and pioneer in the field of mind-body medicine, Chopra transforms the way the world views physical, mental, emotional, spiritual, and social wellness. Known as a prolific author of eighty books with twenty-two New York Times bestsellers in both fiction and non-fiction, his works have been published in more than forty-three languages.

Chopra’s medical training is in internal medicine and endocrinology. He is a Fellow of the American College of Physicians and a member of the American Association of Clinical Endocrinologists. Dr. Chopra serves as Co-Founder and Chairman of The Chopra Center for Wellbeing, Founder of The Chopra Well on YouTube, Adjunct Professor of Executive Programs at Kellogg School of Management at Northwestern University, Adjunct Professor at Columbia Business School, Columbia University, Assistant Clinical Professor, in the Family and Preventive Medicine Department at the University of California, San Diego, Health Sciences, Faculty at Walt Disney Imagineering, and Senior Scientist with The Gallup Organization.