"No matter the Era, the Gender, the Circumstances, the Power was always there, Create Your Own Opportunity, Be Yourself 360" - Herself360

Sources indicate that Hürrem Sultan was originally from Ruthenia, which was then part of the Polish Kingdom. She was born in the town of Rohatyn, 68 km south-east of Lwów, a major city of the Ruthenian Voivodeship in the Crown of the Kingdom of Poland. Hürrem was seemingly born to a father

who was an Orthodox priest.

In the 1520s, Crimean Tatars captured her during one of their frequent raids into Ruthenia. The Tatars may have first taken her to the Crimean city of Kaffa, a major center of the slave trade before she was taken to Istanbul. In Istanbul, Valide Sultan Hasfa Sultan selected Hürrem as a gift for her son, Sultan Süleyman; Hürrem was to become the Haseki Sultan or "favorite concubine" of the Ottoman imperial harem. Roxelana probably entered the harem around fifteen years of age.

She was the favorite and later the chief consort and legal wife of Ottoman Sultan Süleyman the Magnificent with whom she had five children. Hürrem was allowed to give birth to more than one son which was a stark violation of the old imperial harem principle, "one concubine mother — one son," which was designed to prevent both the mother's influence over the Sultan and the feuds of the blood brothers for the throne. She was to bear the majority of Süleyman's children.

She was one of the most powerful and influential women in Ottoman history and a prominent and controversial figure during the era known as the Sultanate of Women. She was "Haseki Sultan" (favorite of the Sultan) when her husband, Süleyman I, reigned as the Ottoman sultan. She achieved power and influenced the politics of the Ottoman Empire through her husband and played an active role in state affairs of the entire Empire. 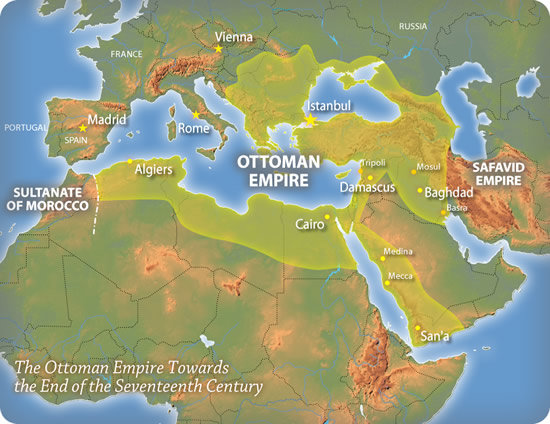 Hürrem became Süleyman's partner not only in the Sultan's household but also in state affairs. Thanks to her intelligence, she acted as Süleyman's chief adviser on matters of state and seems to have had an influence upon foreign policy and international politics. She frequently accompanied him as a political adviser.

Hürrem acted as Süleyman's advisor on matters of state and seems to have had an influence upon foreign policy and on international politics. Two of her letters to King Sigismund II Augustus of Poland (reigned 1548–1572) have survived, and during her lifetime the Ottoman Empire generally had peaceful relations with the Polish state within a Polish-Ottoman alliance.

Hürrem's influence on Süleyman was so significant that rumors circulated around the Ottoman court that the sultan had been bewitched.

Her influence with Süleyman made her one of the most powerful women in Ottoman history and in the world at that time. Even as a consort, her power was comparable with the most powerful woman of the Imperial Harem, who by tradition was the Sultan's mother or valide sultan.

Süleyman was infatuated with Hürrem Sultan. Sold as a slave in Constantinople, she eventually rose through the ranks of the Harem to become Süleyman's favorite. Breaking with two centuries of Ottoman tradition, a former concubine had thus become the legal wife of the Sultan, much to the astonishment of the observers in the palace and the city.

Hürrem also received the title Haseki Sultan and became the first consort to hold this title. This title, used for a century, reflected the great power of imperial consorts (most of them were former slaves) in the Ottoman court, elevating their status higher than Ottoman princesses, and making them the equals of empresses consort in Europe. In this case, Süleyman not only broke the old custom but created a new tradition for the future Ottoman Sultans to marry with a formal ceremony and make their consorts have a significant influence on the court, especially in the matter of succession. Hürrem's salary was 2,000 aspers a day, making her one of the highest paid hasekis. Their marriage had subsequent consequences including creating a general belief that by this marriage the Sultan had limited his autonomy and was dominated and controlled by his wife. Furthermore, a mother's role in educating and guiding her sons throughout their life became more prominent.

He allowed Hürrem Sultan to remain with him at court for the rest of her life, breaking another tradition—that when imperial heirs came of age, they would be sent along with the imperial concubine who bore them to govern remote provinces of the Empire, never to return unless their progeny succeeded to the throne.

Moreover, in addition to remaining in Istanbul, she also moved out of the harem located in the Old Palace (Eski Saray) and permanently moved into the Topkapı Palace after a fire destroyed the old harem. Some sources say she moved to Topkapı, not because of the fire, but as a result of her marriage to Süleyman. Either way, this was another significant break from established customs, as Fatih Sultan Mehmed had specifically issued a decree to the effect that no women would be allowed to reside in the same building where government affairs were conducted.

Under his pen name, Muhibbi, Sultan Süleyman composed this poem for Hürrem Sultan:

Throne of my lonely niche, my wealth, my love, my moonlight.

My most sincere friend, my confidant, my very existence, my Sultan, my one and only love.

The most beautiful among the beautiful

My springtime, my merry faced love, my daytime, my sweetheart, laughing leaf

My plants, my sweet, my rose, the one only who does not distress me in this room

My Istanbul, my Karaman, the earth of my Anatolia

My Badakhshan, my Baghdad, and Khorasan

My woman of the beautiful hair, my love of the slanted brow, my love of eyes full of misery

I, lover of the tormented heart, Muhibbi of the eyes full of tears, I am happy.

Aside from her political concerns, Hürrem engaged in several major works of public buildings, from Mecca to Jerusalem. Among her first foundations were a mosque, two Koranic schools, a fountain, and a women's hospital near the women's slave market in Istanbul. The fact that it was the

Some of her embroidery, or at least that done under her supervision, has also survived, examples being given in 1547 to Tahmasp I, the Shah of Iran, and in 1549 to King Sigismund II Augustus.

Hürrem died on 15 April 1558 and was buried in a domed mausoleum decorated in exquisite Iznik tiles depicting the garden of paradise, perhaps in homage to her smiling and joyful nature. Her mausoleum is adjacent to Süleyman's, a separate and more somber domed structure, at the courtyard of the Süleymaniye Mosque.

*”Hurrem” from Persian “Khorram”: the cheerful one

*Roxelana: referring to her Ruthenian origins

*Haseki Sultan: favorite of the Sultan