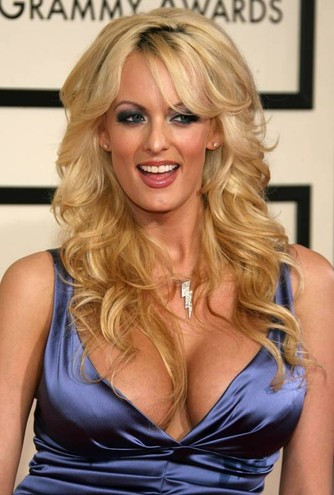 It’s not about the money, it’s always about the money and $130,000 payoff is a lot. Stephanie Clifford, speaking now about her alleged affair with Donald J. Trump and the deal she struck to not speak about prior to the 2016 election. If not then, why now is she disregarding the deal?

In her “60 Minutes” appearance broadcast Sunday night, there was quite a bit of salacious banter with Anderson Cooper. What’s new here? This was a consensual relationship she said. Well, it happened once. Trump was elected President with a videotape that has him saying “…I just go up to them and grab them by the pussy.” just weeks ahead of the election.
How many people watched last night and thought, “So what?” Why exactly is Clifford speaking now? Is there a book deal worth 10 times the amount she settled for in 2016? She said she was threatened back in 2011, but she never reported it to authorities. What am I missing? It’s not about the money it’s always about the money. Now the big deal is where the $130,000 payoff came from, Trump’s attorney, Michael Cohen? Or was it from campaign funds? Sounds like a John Edwards redux, and he was acquitted. I’m not saying it's right, but really the country has more important things to take Washington to task on than this. Think  #MarchForOurLives