Ride Sharing and ALL the Things You Need to Know 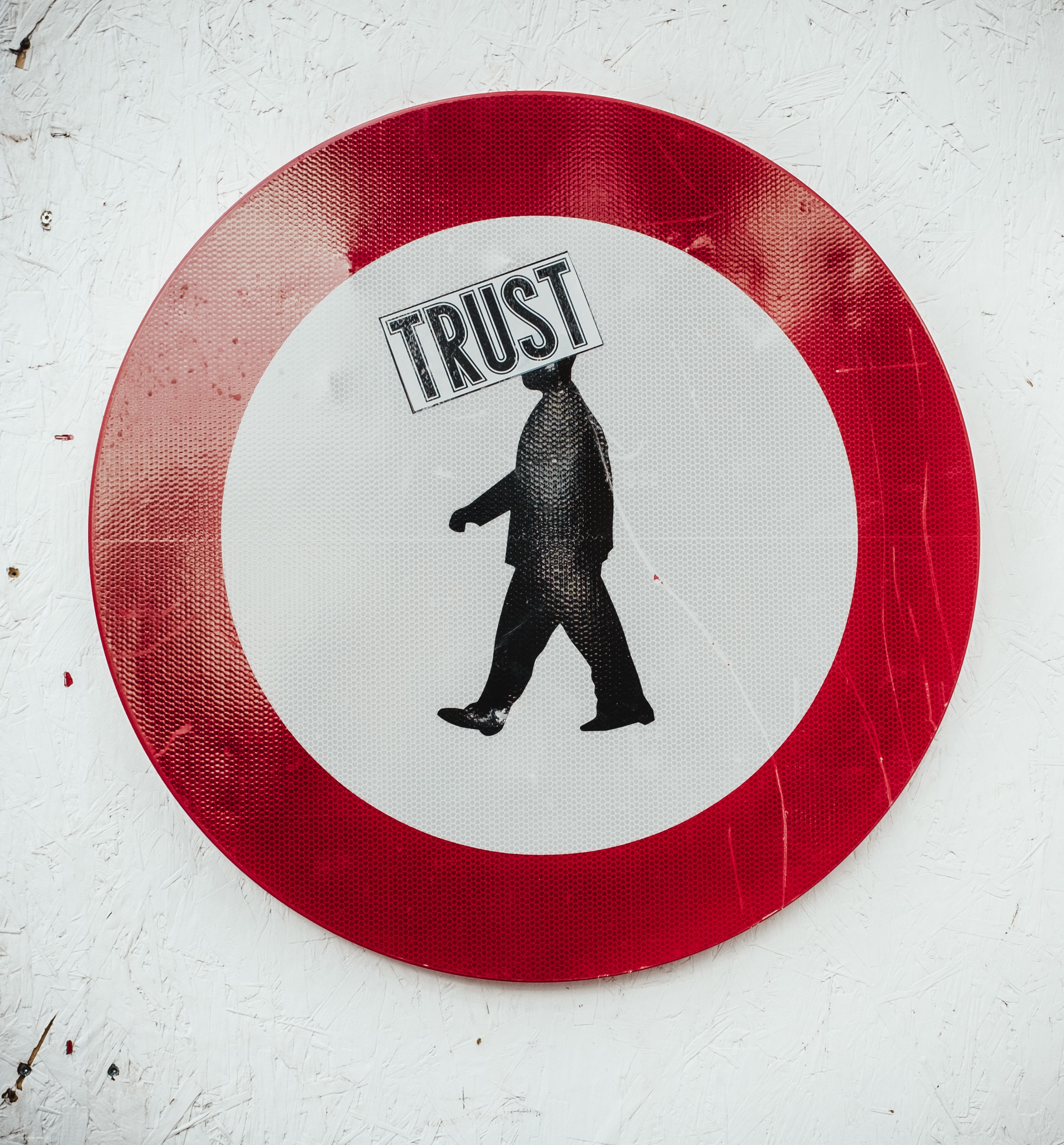 Hitchhiking was normal practice at one time. People would get into a random car or pick up a total stranger. This practice is not common any longer, for various reasons, and especially for women. But every time a rideshare service like Uber or Lyft is used, that’s ultimately what women drivers and passengers are doing — riding with a stranger.

It doesn’t matter how many five-star rides a driver or passenger has had. There’s always a risk taking a car ride with a stranger.

In this article, we cover recent rideshare crime stats, what companies are doing to make ridesharing safer, what you need to know about rideshare insurance, the best car insurance to stay protected as a driver, and safety precautions to take with every ride.

Let’s look at the statistics. The vast majority of rideshare drivers are male. According to Business Apps, only 27% of American Uber drivers in 2019 were female, an increase from 14% in 2015. However, usage among genders tends to be more split. A 2017 report by GlobalWebIndex found 48% of Uber’s American users were female.

In 2019, Uber released its first crime report, revealing there were 3,045 sexual assaults related to rides in the United States in 2018. Uber also reported there were 235 “Non-consensual sexual penetrations,” nine “fatal physical assaults,” and 58 crash-related deaths. 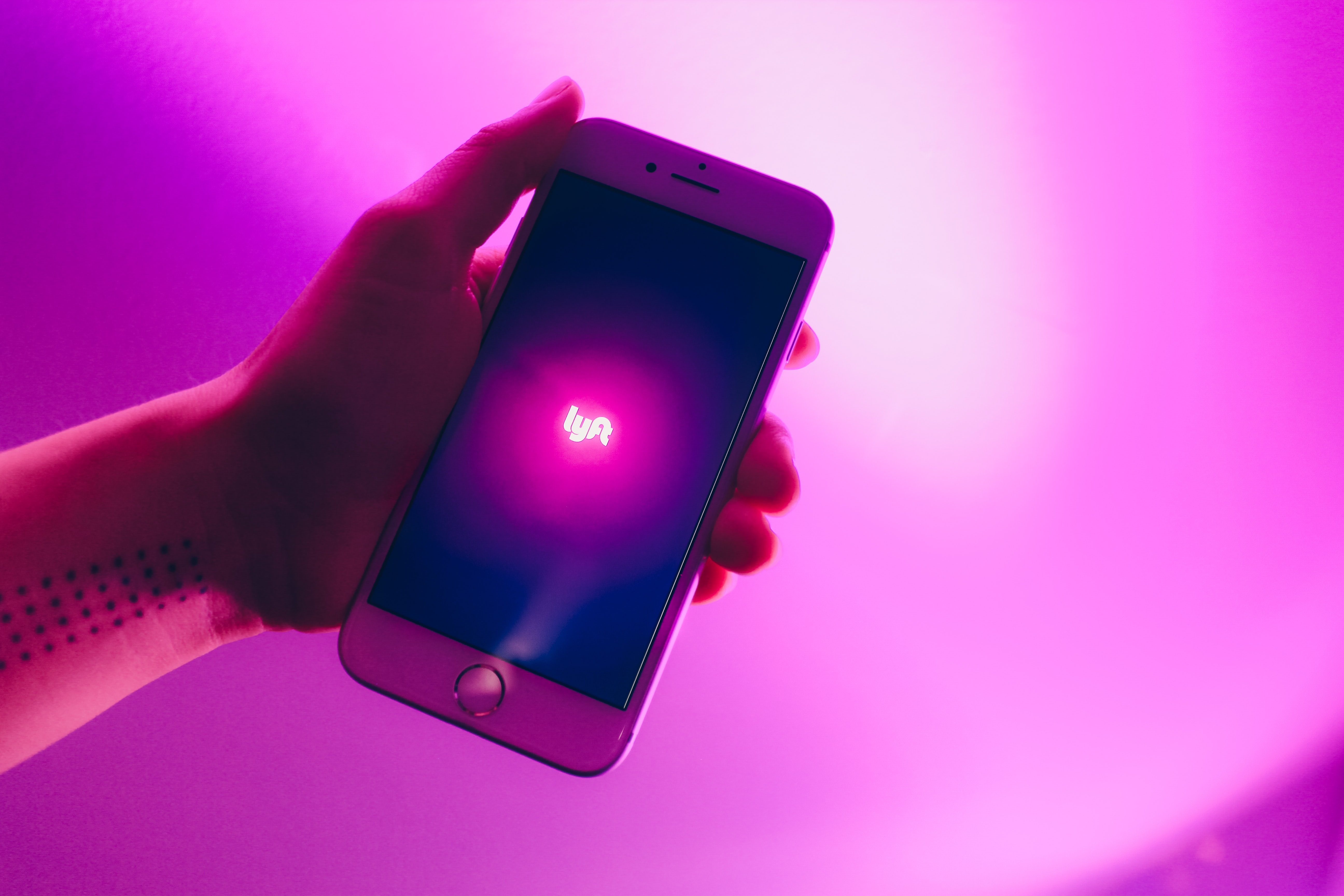 Lyft spokespeople told Wired magazine they are committed to working on a similar report, though none has been released yet at the time.

Despite the risks, ridesharing usage has shown no signs of slowing down. 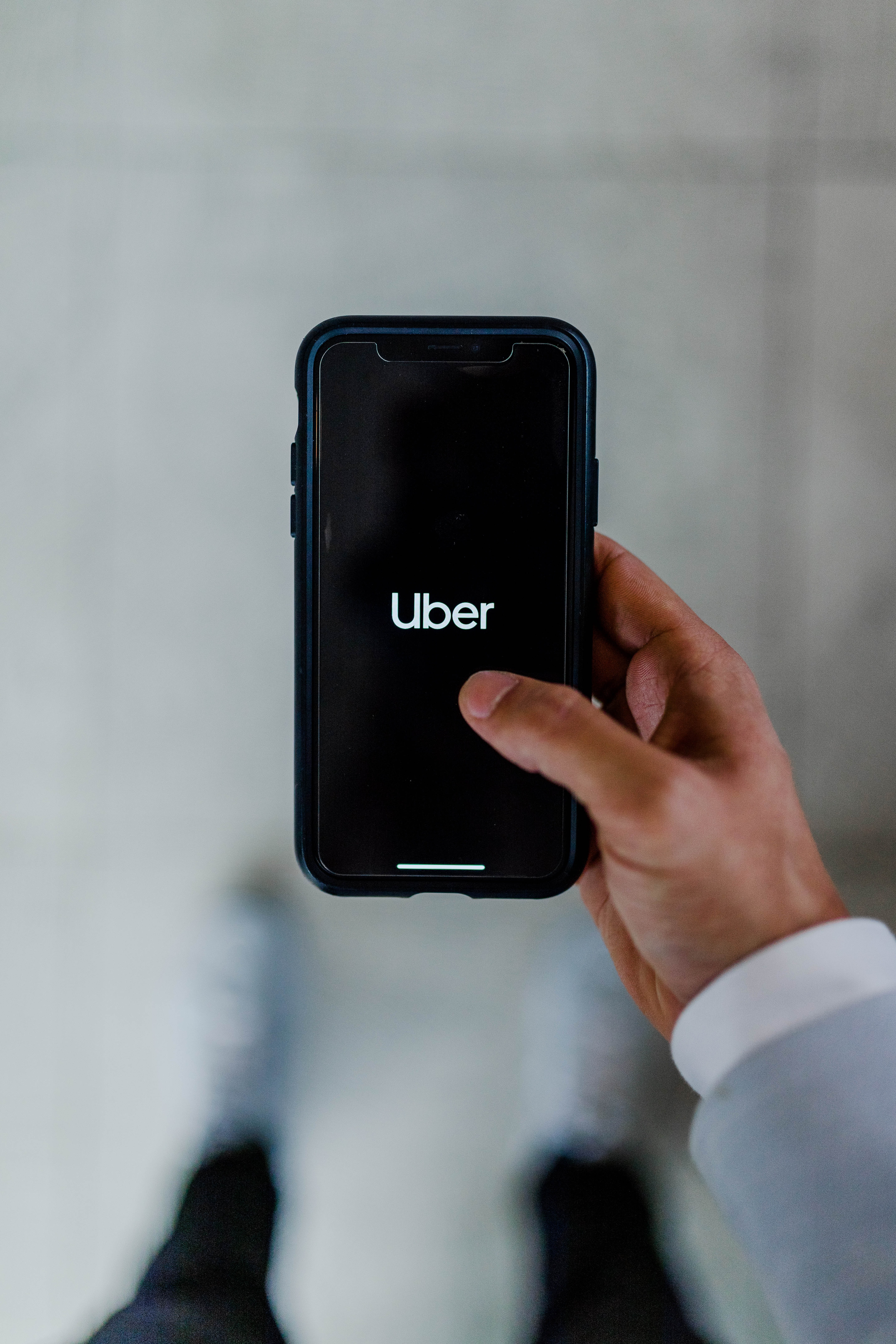 Who Uses Rideshare and Why?

Ridesharing usage is on the rise. According to a 2019 report by Pew Research Center, the percentage of Americans using ridesharing services has more than doubled since 2015, to 36% of American adults. Ridesharing demographics tend to skew younger, with 51% of 18- to 29-year-olds and 43% of 30- to 49-year-olds having used rideshares, compared to 24% of those 50 years and older.

All kinds of people use ridesharing for a variety of reasons. These include:

Rideshare drivers are independent contractors, which gives them a lot of freedom regarding how much they drive and when. Rideshare driving provides the ability to earn an extra or full-time income, since rides are in demand year-round, and around the clock.

A 2019 survey by The Rideshare Guy found 43% of drivers are older than 61, more than half of drivers are 40 years old or older, and over half have college degrees.

Working as a driver for a ridesharing platform has become an attractive option for highly educated people with full-time jobs, in addition to people who need quick income. Drivers can get started in as few as a couple of weeks.

Understanding the Risks of Ridesharing

Every time a rideshare ride takes place, passengers and drivers take on risk. They are riding with a stranger whose actions are not controllable. For women, according to crime statistics, the risk is even greater. Here are some of the dangers of ridesharing for you to consider:

As mentioned, there were 58 Uber-related fatalities in 2019, and many more non-fatal accidents involving ridesharing. A 2018 study from the Booth School at the University of Chicago estimates ridesharing has increased traffic deaths by up to 3% nationally.

There are some major risk factors to be aware of with ridesharing that contribute to auto accidents.

Drivers should take care to only drive when they are fully alert and focused on the road. Knowing these risks, passengers should strive to minimize driver distractions so they can focus. 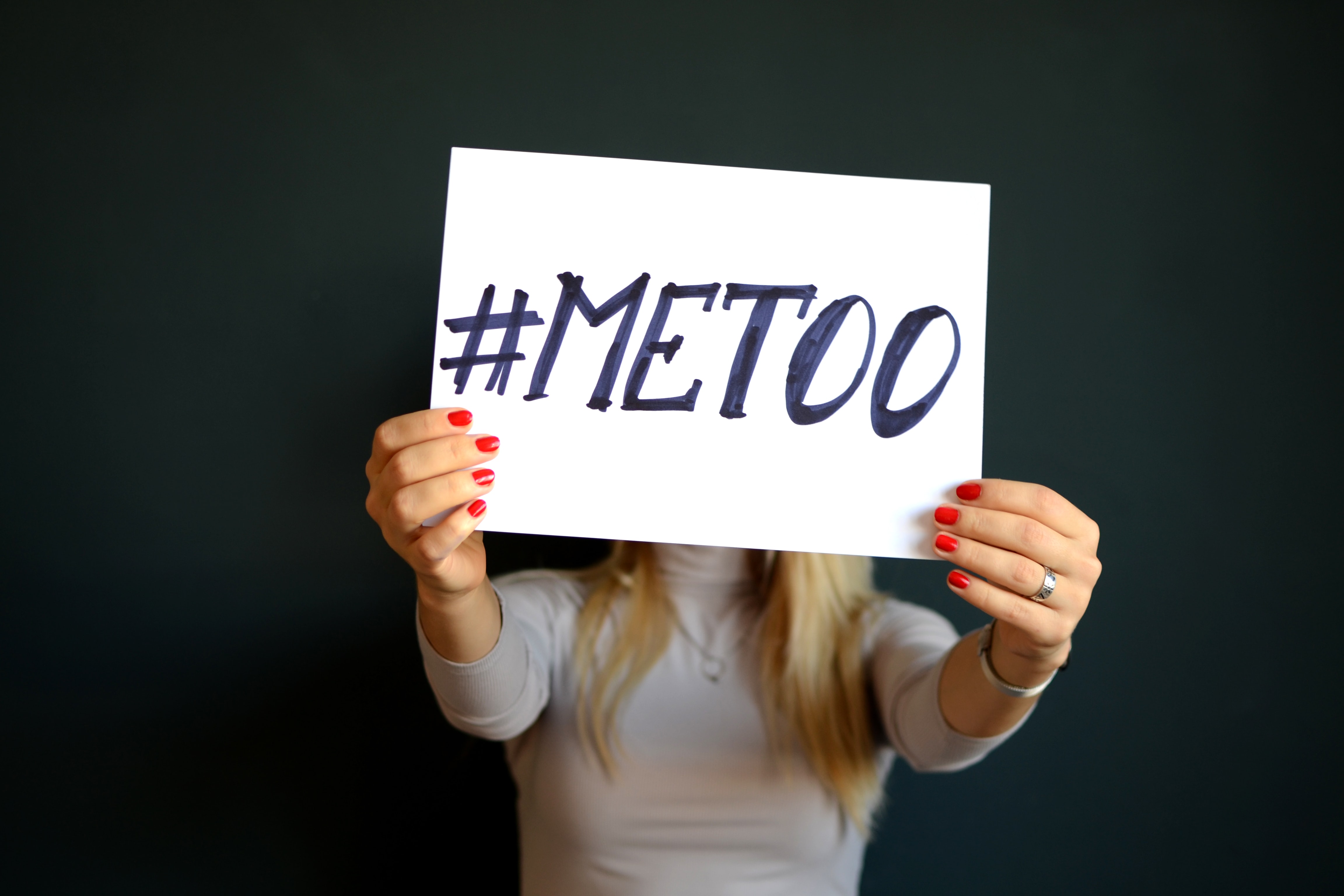 While there were more than 3,000 reports on sexual assault in Uber rides in the U.S. over the past year, many more incidents went unreported. There is no foolproof prevention for these cases, but drivers and passengers can take some steps to increase safety.

You have the first choice to decide whom you’re riding with based on the information in the app.

Be aware of the risks associated with “high crime time,” when intoxication lowers inhibitions and can increase the risk of sexual assault and harassment. If you’re a driver, you may choose to avoid picking up rides on weekend nights or avoid offering services around bar and nightclub areas.

Before riding on a rideshare app, research the safety features available to you as a passenger. Know your options to get out safely before you get in the vehicle.

Are rideshare companies like Uber and Lyft doing their part?

Lyft and Uber have announced recent plans to increase app safety. After 14 women sued Lyft in September regarding driver sexual assault, Lyft announced it had been screening the criminal backgrounds of drivers daily. Sexual harassment prevention training will be offered soon to drivers and riders, and the company is expanding its Community Safety Program.

In 2019, Uber announced safety updates to the app, including the ability for riders to text 911 directly from the app and automatically send location and vehicle details to emergency responders. Uber has also planned to launch a feature to audio-record rides in the U.S. New Uber features expected in 2020 include the ability to match drivers and passengers via a PIN input, as well as a facial recognition driver ID process.

So what happens if you’re involved in an accident or altercation? Here’s what you should know about rideshare insurance coverage.

What Does Rideshare Insurance Cover?

Ridesharing employers require drivers to have car accident insurance policies. Since typical car insurance covers personal driving only, not commercial driving for employment, ridesharing insurance can complement your existing policy. This type of insurance ensures drivers are covered where the company-provided policy or their personal car insurance doesn’t apply.

Ridesharing insurance policies typically cover the driver’s liability to passengers, any injuries due to uninsured or underinsured motorists, and collision and comprehensive coverage. Like regular personal insurance, property damage, and bodily injury are covered with rideshare insurance.

When your coverage applies can be complex. Rideshare insurance covers drivers when the app is on, but you haven’t accepted a passenger yet. Generally, personal insurance does not cover drivers before they’ve picked up a passenger, and rideshare company-provided insurance only offers limited coverage. That’s because, during this time, you’re not viewed as using your vehicle for business purposes, even though the app is still working.

Rideshare insurance does not cover drivers after they’ve accepted a passenger and are on their way to pick them up. It also doesn’t cover drivers once they’ve picked up passengers and are driving to their destination. Your insurance through your ridesharing company should cover you in these instances.

Some of the companies offering rideshare insurance include:

Even with insurance coverage, having to deal with insurance companies and multiple parties to get compensated can be difficult. Protecting yourself as soon as an accident happens is essential.

Like any auto accident you’re involved in, you should immediately call the police and file a police report. Document the scene of the accident by shooting photos or video footage of property damage and injuries. If you’re the passenger, get the full name, insurance information, and contact information of the rideshare driver. Document any signs of driver negligence. 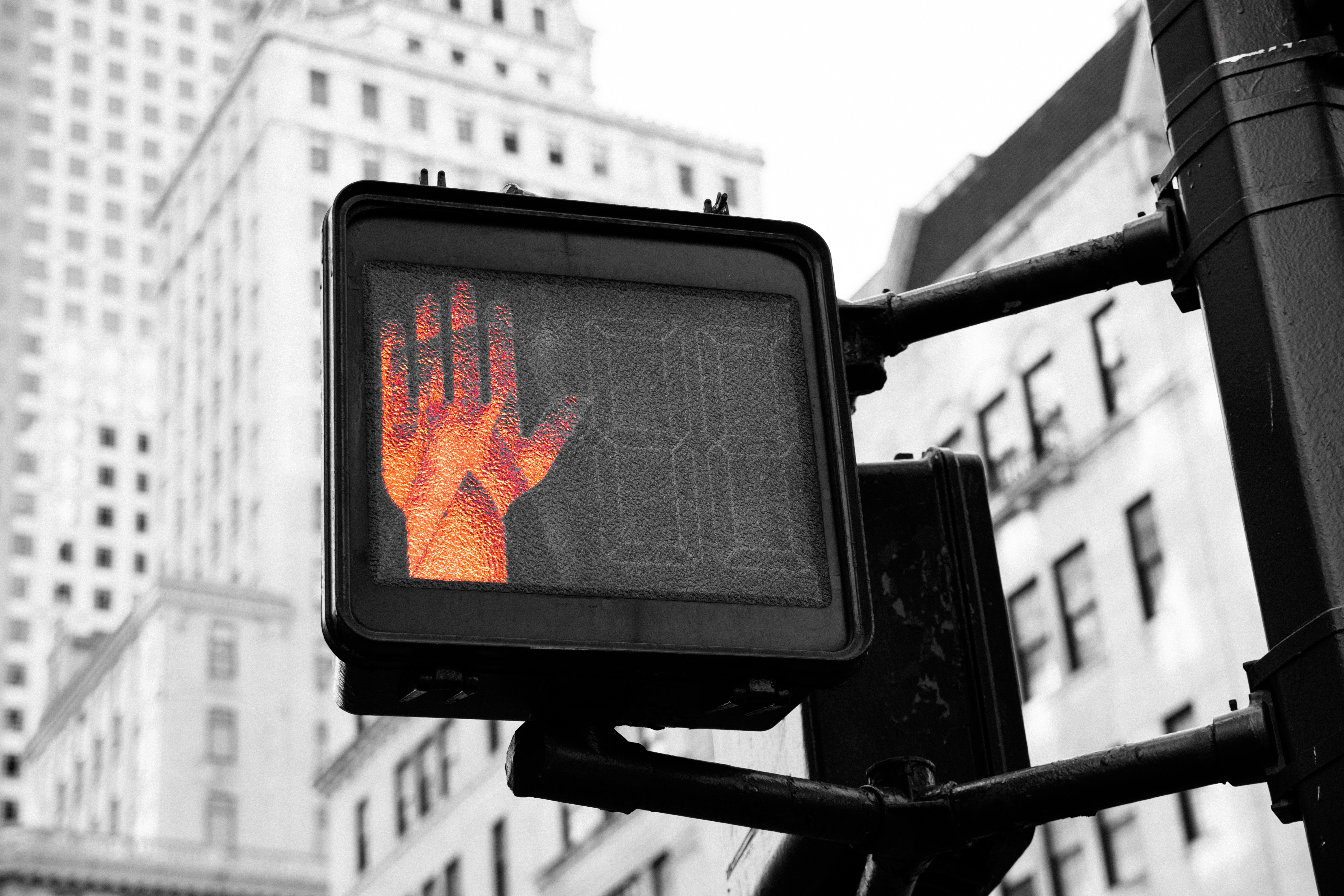 If you’re the driver, do not admit any fault. Be honest with what you report to the police. If there are witnesses at the scene, ask them to stay so they can talk with the police. Gather witness contact information, like phone numbers, full names, and email addresses, in case they need to be contacted in the future.

Accept medical services offered to you. Many injuries are not immediately apparent. If you refuse medical services and discover an injury later, it can be more challenging to prove the injury was due to the accident.

There’s always the possibility that negligence by one of the drivers involved was the cause of the accident. Reasons could include intoxication, driving while distracted, driving while tired or driving unsafely. In these cases, whether you’re the passenger or the driver, you may have a legal case to build to get the compensation you deserve.

Some women feel more comfortable driving with other women. There are a couple of ridesharing options emerging in the United States that give women more control in their rideshare choices.

Safr is a rideshare service with gender-matching options in Boston and Orlando. Drivers undergo comprehensive background checks before being approved. The feature provides a Safr SOS button option, which riders and drivers can touch in case of an emergency. Safr has plans to launch services in additional cities, making it the most prominent female-focused rideshare app to challenge Uber and Lyft.

Women Driving Women is a personal driver matching service in the San Diego and Sonoma County areas in California. All drivers and rider members have to pass background checks.

Like any type of transportation, there’s never a safety guarantee with ridesharing. By knowing the risks and taking steps to increase your safety, you can do everything in your power to prevent a safety issue or accident.

Safety.com writer Emily Ferron provides sounds advice on how to let the other person in your car know the trip is tracked:

“People are more likely to commit crimes when they think they’re not going to get caught, so give some indication that people are looking out for you. Make a phone call and tell someone that you’re on a [ride]. If they don’t answer (or you don’t want to call at an odd hour), one trick is to leave yourself a voice memo instead. A script like this might help: “Hey mom, just calling to let you know that I’m [on my ride] now. I’ll be there in about 15 minutes and you can also follow along on the app. See you soon!”

In the future, we hope to see more safety updates to current rideshare apps and new rideshare options that keep women’s safety in mind. Until then, do everything you can to stay safe. Always have a plan and trust your gut. Hope for the best, but prepare for the worst.