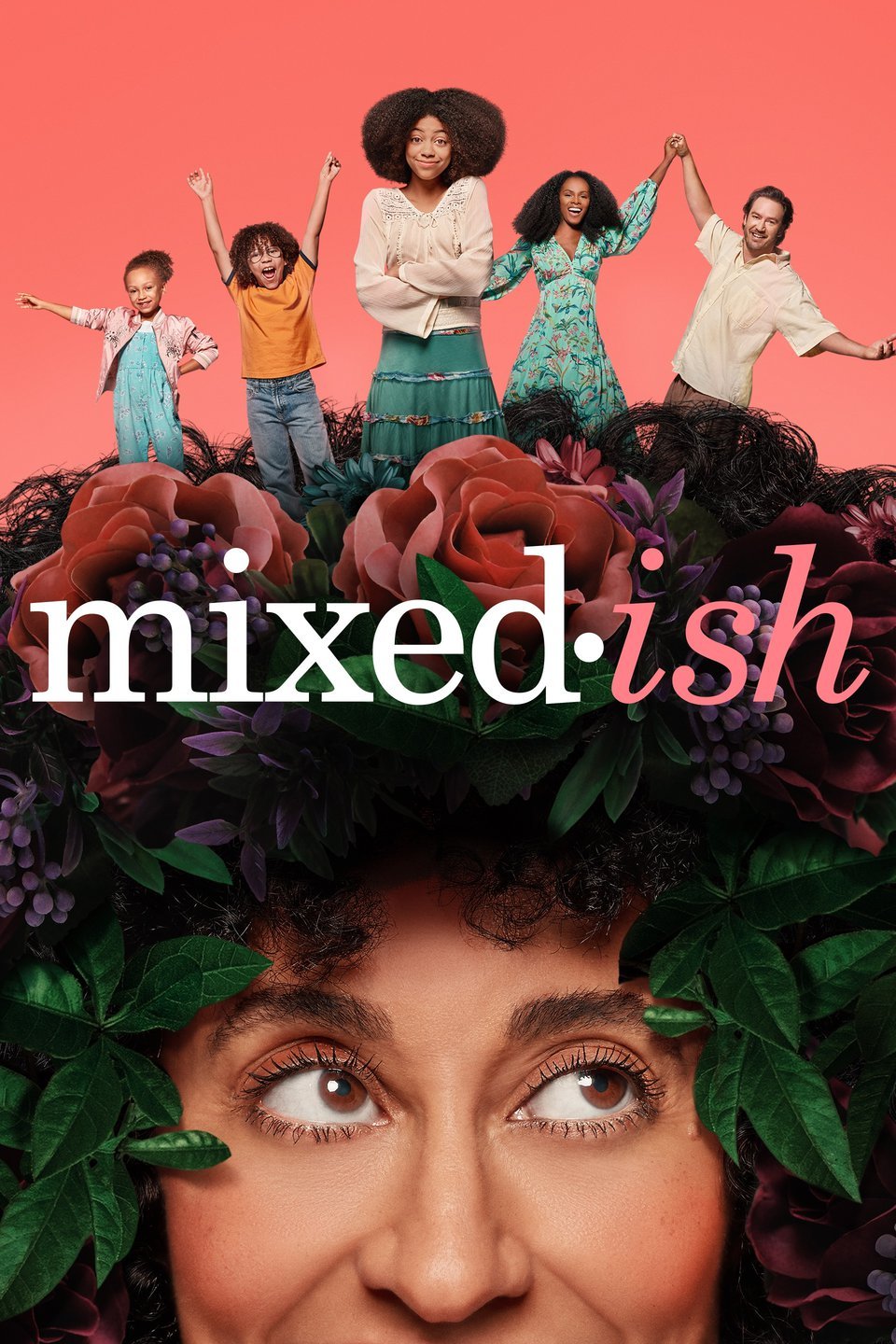 The new spin-off show of Black-ish, Mixed-ish, brings me hope of shedding light on how it was to grow up biracial in a time the majority of people in America would label me a “mullato”. I was born in 1973, my mother is white and my biological father is African American. I say my biological father because my parents divorced when I was 2 years old. Newton, my biological father, was not in my life from that point on. My mother remarried, Bill, my father, when I was 7. He has been in our lives since I was 3. Bill is Russian/Lithuanian and Polish. In my younger years, I grew up knowing I was biracial but not knowing what it really meant.

I grew up in a suburb north of Boston, a real version of Pleasantville. The town was prominently white. There was a large population of Greeks, Italians, and a few Asian families. The black families and I say black because I am not positive if they were all African American, for all I know a family could have been from a Caribbean island. The small number of black families in my town made it so each grade in the high school had one black student to each grade. At the time, I was growing up there was not a Latino population in my town, which today is not true.

In the new series Mix-ish first episode, the children find themselves in a position where they should choose a side; black or white. Although I did not have to choose, it was more of a default, I was on the white side. This side came as a default because my mother is white, and I did not have any of my black family in my life. Having my family white, growing up in a white town, had white peers, and friends. I did not know any other way. I did not have physical features of my black heritage, especially when it comes to my hair, it is white hair. Being biracial did not become a thing to me until I went into junior high school.

In junior high school, I started to get questioned about my race. I can only assume that the kids I went to elementary school with did not question me, because we were young and we did not think about race. I was Charity, their friend or girl in the class. Middle school, on the other hand, is when kids start turning into jackasses. I went to junior high school rather than middle school. A Danvers, MA trivia fact, I was the last class of the junior high school, the next year it turned into middle school. Here I was with about 150 new kids who did not know me and had no idea why I did not look completely white, and not completely black. I believe many people thought I was Greek or Italian. Somehow some kids figured it out, and I got called a racial slur from time to time. It was then I realized I was made up of something not socially acceptable, at that time. The feeling of separation quickly went away with my peers and much like throughout elementary school, I was no different, and no one seemed to care what my racial ethnicity was.

In the high school years, one does not stay sheltered from people outside their high school. I got a job working at the local mall. I was going to under 21 dance clubs. I would ride around Revere Beach, meeting boys.  Getting away from those who grew up along with me brought the racial questions again, “What are you?” was the dreaded question I would get all the time. When I would get asked this question, I could feel the anxiety start to build up within me.

I would be scared to tell them. I feared once they knew their prejudices would come out, and I would be discriminated against or rejected for my race. Racism was getting better, in the middle ’80s but it was still there and known. I recall crying to my dear friend Marco saying “I don’t understand why people always have to ask me what I am.” Marco, a handsome Italian American responded, “They are trying to figure out what two races make such a beautiful person.” I thought he was being nice and trying to cheer me up. It is a question I get on a daily basis to this day.

I know that I dated some men while I was in my 20’s who would not have dated me if they knew my true ethnicity. I hate to admit that people I would be around, even friends of mine, would be using the N-word. Each time they did, I could feel the heat of anger and shame rise in me. The shame was two-fold, one because I was around people who would say the N-word and two because I was hiding among white people and not speaking up. Looking back I am not angry with myself, I was doing what I thought I needed to do to be accepted. I was scared.

I went to college in Aiken, South Carolina for two years. This is when race really smacked me in the face. I don’t know what I was thinking, walking into a state that is extremely racially divided and at the time openly accepted. I can remember seeing the divide and feeling the divide. I navigated through the two years in South Carolina with people thinking I was white. The added kick to things is I was Northern. Sometimes I wonder if my Northern was more against me than people knowing my race.

Today I can embrace the question “What are you?”’. The embracing started due to a time when I was in my early 30’s, I was nannying for a 4-year-old, biracial of African American and Jewish. One day while I was waiting for her during gymnastic class, a mother of another child in the class asked me “What is Rachel?”. I told her and she said, “I was wondering what two races made a beautiful child”.  It was in that moment the words Marco said to me over 10 years ago came back, he was right. It was soon after that day I started to openly tell people I am biracial.

I will admit that having celebrities such as Hally Berry and Alicia Keys, helped bring light to what biracial looks like.

I am sad to say before then I hid in the white world. It was all confusing, and I still don’t know how it affected me. One thing that always sticks with me is when I have to check off the race boxes on forms. I would have to put other because there is no option on the race I was. Having no option on the race you are, does have some internal judging.  I am an “other”, I am not white and I am not black as far as society is concerned. I believe this factor can put a big damper on how one fits in the world. I never felt like I fit in because I was not one thing racially, I was an “other”. As I said, I am still not sure how it affected me. However it may be the reason I don’t let people get too close to me, or why I am still single, and never married at the age of 46.

Thankfully today I am seeing more and more mixed races. From what I can see the mixed races are the most beautiful. I am not just saying that because I am one. I know some other races mixed with Caucasian children and they are gorgeous. It is my hope that with more mixed-race generations, and shows like Mixed-ish, more people will come to understand and help continue to lower prejudices and racism. Thank you, Mixed-ish creators!

As for me, I will continue to say “I am mixed race.” and spread the love that no matter what our race, we are all human beings wanting the same thing, happiness in life.

BIO:  Charity is a certified addiction counselor and has a Master's in Mindfulness Studies. Charity currently resides in Savannah, GA and shares her light through her company Meditating Together.