Random bouts of dry coughs in the middle of the night. Phlegm. Unexpected shortness of breath. Weakness in the joints.

That’s my normal. It’s what it looks like at my stage and type of muscular dystrophy. It also happens to be some of the underlying symptoms that are taking the world’s health by storm right now.

Cue the word we’re probably all tired of hearing (and fearing) by now: coronavirus.

Late last year, back in 2019, the monster of a virus made its debut. In 2020, it became its own top-charter as it’s become a global pandemic traumatizing folks on just about every continent. Just like that, many thousands have struggled with the everyday symptoms of a person with MD. Only, often with a much quicker, graver result – if they aren’t prepared well enough.

Not-so-fun-fact: we aren’t. No one was ready when the virus began to trouble the world. 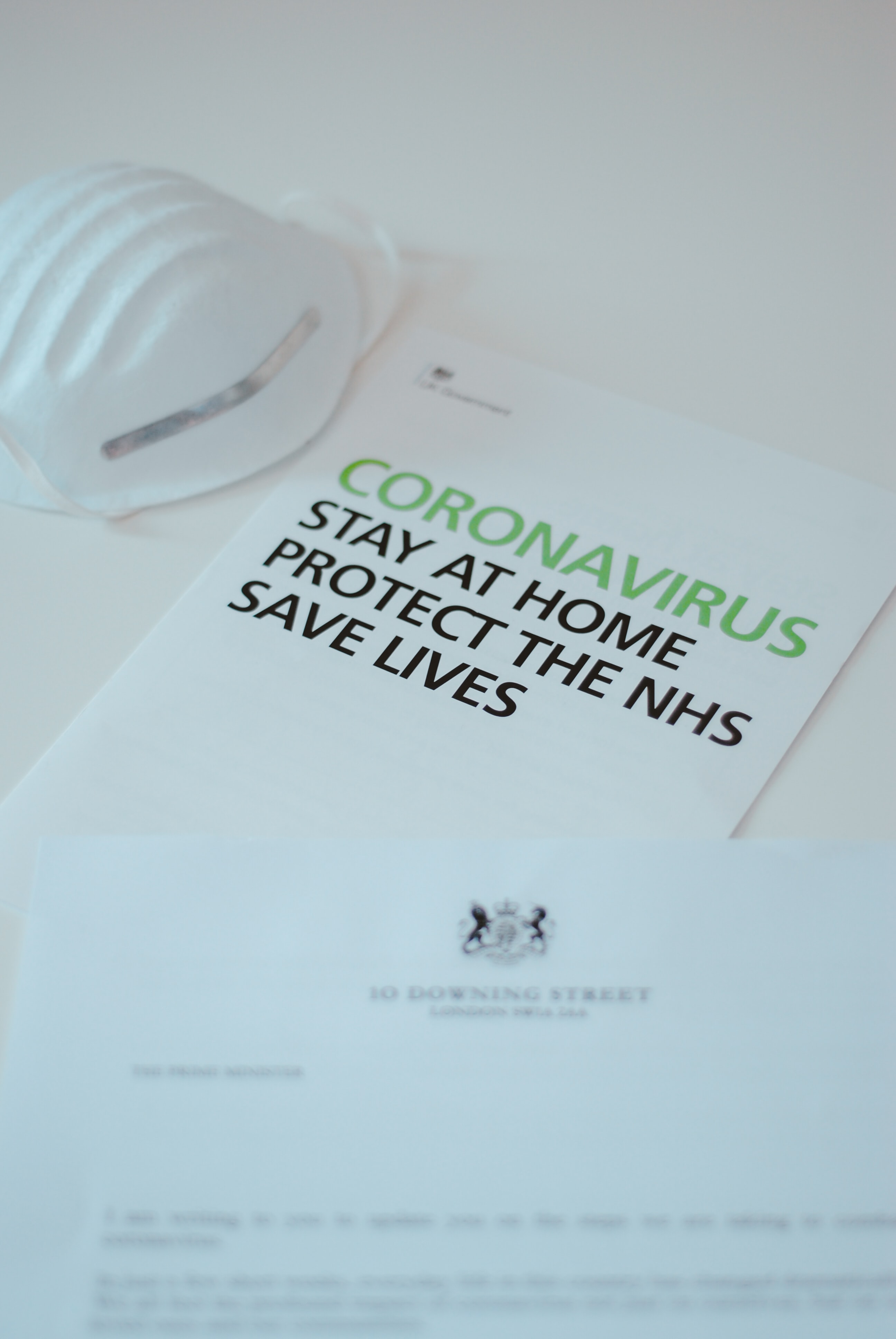 Sometimes, I wonder if I have it, or if I’d possibly get it. The symptoms are parallel. Though I’m in the millennial group, I’m at a larger-than-most risk since my chronic illness compromises my immune system. I mean, how would I even know? It’s not like the tests are readily available – unless of course, you’re a celebrity like Idris Elba, Tom Hanks or a pro athlete?

I want to believe that the government here is doing the best they can. The optimist in me believes that they’ll conjure up the proper amount of tests to test everyone who needs it. And when they do, I’d like for them to start someplace like mine.

Lucky for me, my life already is pretty similar to the new standards of quarantine in place for much of the inhabited world right now. I live in an apartment complex specifically catered to those with assistance needs. Many are elderly. Some, like me, are more independent but still need a little help with certain parts of daily life. At the front desk, there’s a “gatekeeper” who helps with monitoring who comes in and out (they’re really cracking down on it now!). One level is a nurses’ floor – for quick assistance, should someone fall or get sick. Another is a dining hall. By the time you come up the elevator to my story, you’ll pass not one, but two, stations to sanitize your hands before even reaching me for a hug or handshake.

Though of course, neither of those is happening right now. I’m playing it super safe. It may seem that my living situation is extremely fortunate considering that I don’t really ever have to leave the building into the world of chaos out there, but my condition like most others that live here makes us subject to a round of sudden death if the virus ever makes its way to us. It’s especially terrorizing against the elderly and those who are sick, whether they know it or not.

That’s the big deal. Those of us who aren’t harboring the perfect bill of health and who aren’t simultaneously at the tender optimal age, have significantly less chance of making it. That means your young newborn niece with an immune system that’s just learning how to work, could be easily impacted by a person hosting the virus. Your seemingly healthy, adolescent teammate on your soccer team could lose his last match. Your 30-something-year-old doctor? You could be risking their lives and the potential lives they would save on the front line. In times like these, quarantine sounds like a good idea. I support it. Not just for myself – someone who knows they’re compromised – but for all the many, many people who don’t know they’ve got cancer, high blood pressure, lupus, or whatever. That could be anyone. Any anyone could pass it along to a handful of people in an hour, who pass it on to another handful, and another and thus the growth of this pandemic. That’s why people should be inside and let the professionals get some control over this. Follow the rules. 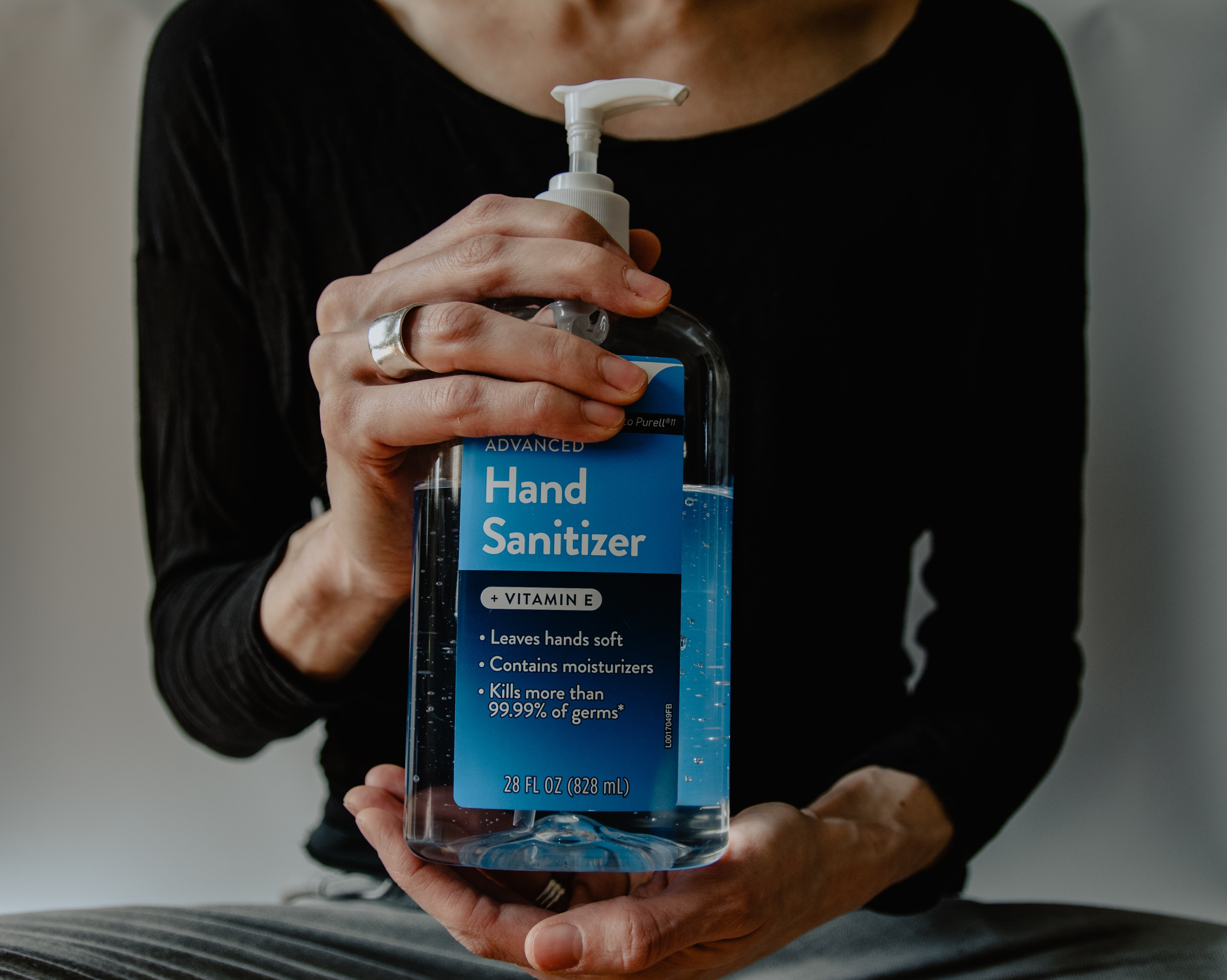 That’s my best advice. That’s what I want to happen. Really, that’s what we need to happen.

It’s a positive thing, really. It keeps everyone safe, well safer. The more people that are out and about, the more people can infect each other. It reminds me a lot of Contagion, that one movie that came out back in 2011. It was a real eye-opener then. But I guess not enough. The government was pretty passive at first, claiming it was no big deal. I don’t think they acted on it as quickly as they should have. The movie showed us that – but then again if someone doesn’t listen, what more can we do?

We’re in it now. Remain inside and take care of your individual needs. There’s still FaceTime, Skype, phone calls, and social media to keep in touch. But keeping a level of isolation allows more space for the virus to make its way out. If you don’t have to go see someone, don’t. Send a funny meme instead. Those always make me laugh.

I don’t personally mind being quarantined. For the most part, other than those sneaking thoughts, I’m not too afraid either. One thing I learned from my late-onset of MD was that somethings are just out of your control. It’s here, so we’ll have to take it day by day.

I’ll admit, I did want to head out an get a hair cut and keep active at my aquatic therapy class, but neither of those was essential enough to take the risk. So I didn’t. And I won’t until it’s time. In the meantime, I’m operating pretty much business as usual, well, minus my daily dose of talk shows like Wendy Williams.

“How you doin’?” Now I just have to imagine her saying it.

I guess – I hope – I’m doing fine. Being the overprepared person that I am, I had plenty of sanitizers, toilet paper, and other essentials. I always buy in bulk, so I never really had to face the worry of what I hear is going down in the grocery stores right now. And I actually love being alone – so now, other than the two PCAs who come to get me ready for bed each night, I don’t have to really face anyone, other than the fictitious friends of my latest Netflix binges and of course, my GCR family – all of you!

Family, I pray for you to do your best to keep your stress levels down – even with the 24/7 updates you’re getting from every direction. Your immune system is depending on it. And your family members, friends, peers, and neighbors are counting on you to WASH YOUR HANDS and STAY INSIDE. We’ve got to get this thing under control! 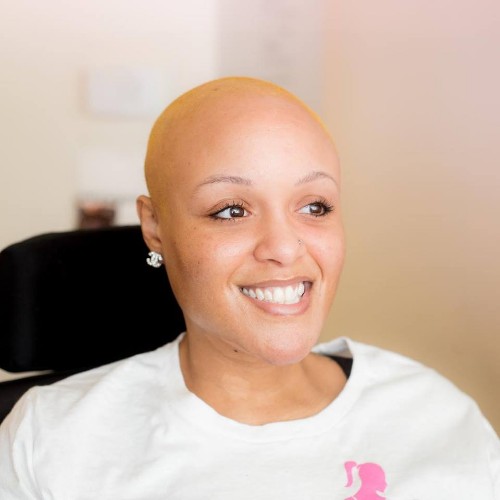 Keisha Greaves was born and raised in Cambridge, Massachusetts. She graduated from Cambridge Rindge and Latin High School in 2003. After graduating from college, she went on to Bay State College and studied Fashion Design and received her Associate's Degree in Fashion Design and Retailing in May 2005. In September 2005, she decided to continue to study Fashion Design at Framingham State College and received her Bachelor’s in Science in Fashion Design and Retailing. After obtaining an Associate’s Degree and Bachelor’s Degree in Fashion Design she now attends Cambridge College Master’s Program, where she will receive her Master’s Degree in Business Management.
Keisha’s favorite designers are Kimora Lee Simmons, Betsey Johnson, David Josef, Denise Hajjaar, Gucci, Burberry, and many more. She designs for young women ages 18 -30 and for young toddlers, infants through age 5. Her designs are very sophisticated, unique and a perfect fit. She also does personal shopping for any age at any store location, such as Saks, Neiman Marcus, Nordstrom, private designers, and many more. Keisha’s ideal goal is to open her own clothing line and open her own boutique named after the late Grandmother that passed in 1992 from Ovarian Cancer. A percentage of Keisha’s designs will go towards the Ovarian Cancer Association
Specialties: Fashion Designing for young women for any age and doing personal shopping/stylist for many different clients.