Calling Out vs Calling In for Parents 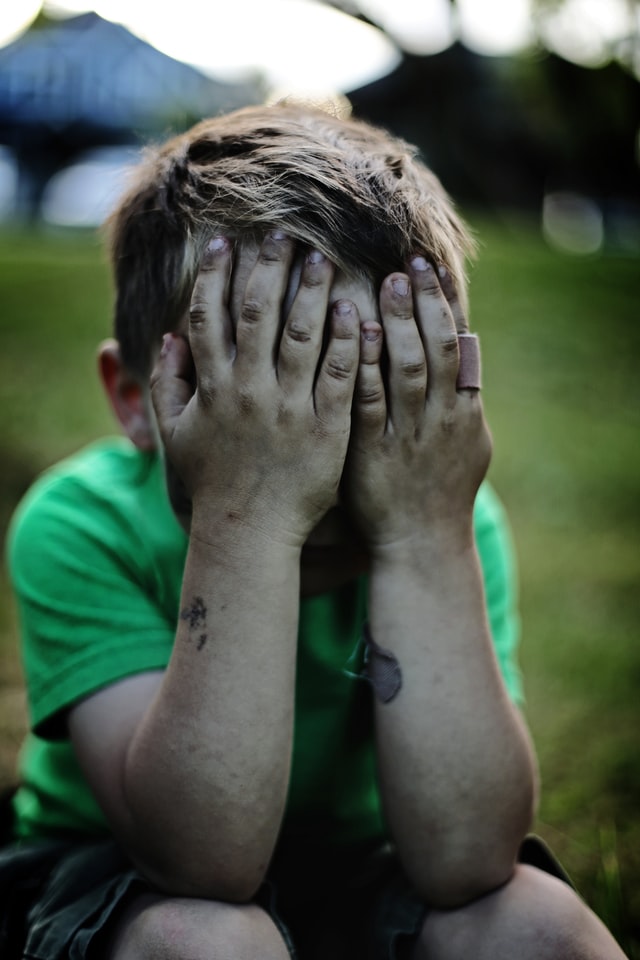 So often in our haste or frustration, we end up calling kids out when they misbehave or do something we don't like—“You’re late to dinner!” “I can’t believe you haven’t started cleaning this up!” “You’re being so loud!” But calling someone out just focuses on blame, instead of encouraging positive behavior.

On the other hand, we can choose to "call in" instead—offering support or helping to solve the problem. This has the same effect of changing or fixing the behavior we want to stop, without making kids embarrassed or defensive.

“Calling in” (which looks more like offering support or helping to solve the problem) has the same effect of pointing out—and changing or fixing—the behavior we want to stop, without making kids embarrassed or defensive.

Here are a couple examples of ways parents often call out their kids, and what to say instead to “call them in”...

1. "You forgot your backpack again!” is an example of calling out an unwanted behavior. Instead, try saying, “Do you have everything you need?” as a gentle reminder to encourage the behavior you want to see.

2. “You are being so loud!” is another example of calling out an unwanted behavior. Instead, try saying, “What can we play that’s a little quieter?” By offering to help find a solution, you’re helping them make a better choice rather than shaming them into being quiet.

👉🏽 Both methods let them know that what they're doing isn't ok, but "calling in" can get better results and build stronger relationships with our kids. 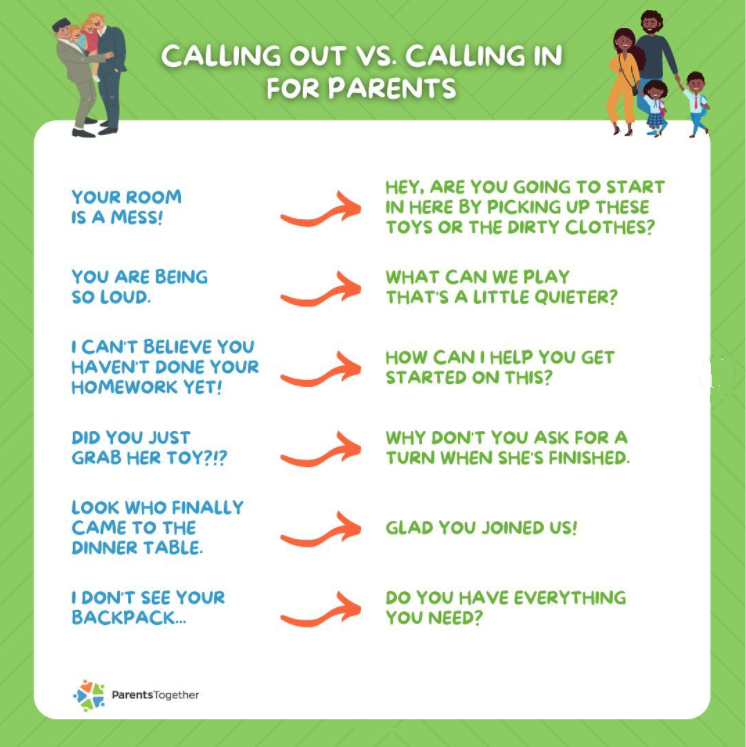 At ParentsTogether, our mission is to provide the news families need. We cover the latest research, policies, and trends affecting kids and families, so busy parents have the information they need to help their families thrive.

We believe that parents can be an unstoppable force for good. We show up for parents with inspiring and actionable journalism, so parents can show up for their families and communities.

This article was originally posted on the ParentsTogether IG site