What I Wish I Appreciated When I was Studying Abroad 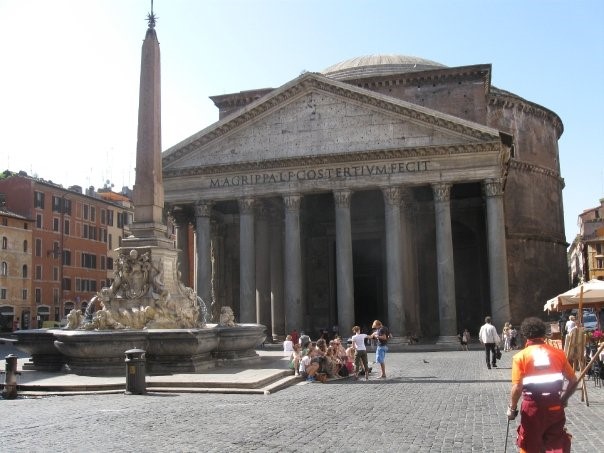 At nineteen years old, I was ready to take on a world that I knew nothing about.  Or so I thought, for a very brief period of time.

During the January of my sophomore year in college, my best friend and I made a sudden decision to embark on a journey across the globe.  Knowing that our majors did not easily allow for an entire semester of junior year to be spent taking courses unrelated to our majors, we opted to take a summer semester.  Starting in May, we would spend five weeks living and learning in Rome, immersed in an exciting foreign culture and becoming worldly women.

It’s important to mention at this point that, while I was quite independent in some ways, I had an extreme dependency on the proximity of my family and boyfriend.  I had sprouted some wings, but I hadn’t quite left the nest, so to speak.  This is something that I can willingly recognize now, but I did not then foresee how much this would affect what had the potential to be one of the most valuable experiences of my life.

Before this, I had only been on a plane on two occasions, neither of which required me to be in charge of navigating an airport.  Being the friend that always took on the role of “mom”, it was up to me to lead the way.  The check-in and security lines were very long and time just seemed to creep on as we barely moved.  We converted our Euros outside of our gate (lesson learned- I’ve never again waited until the last minute to do that!), and because of the time we spent waiting in lines, we had to run to get on the plane just in time.  Despite a nerve-racking start for two inexperienced travelers, we made our connecting flight and arrived in Rome safely.  We met up with another student from our program, crammed all of our luggage into an impossibly small taxi, and arrived at the hotel, Ponte Sisto, which was our home for the first couple of nights while we got to be just tourists.

The first two days were exhilarating.  The first night, we had a large group dinner with the rest of our program at a fantastic restaurant.  We spent the remainder of the night walking around Rome, exploring with a group of guys from our program.  This is where we come to the first item on the long list of things I didn’t appreciate the way I should have. 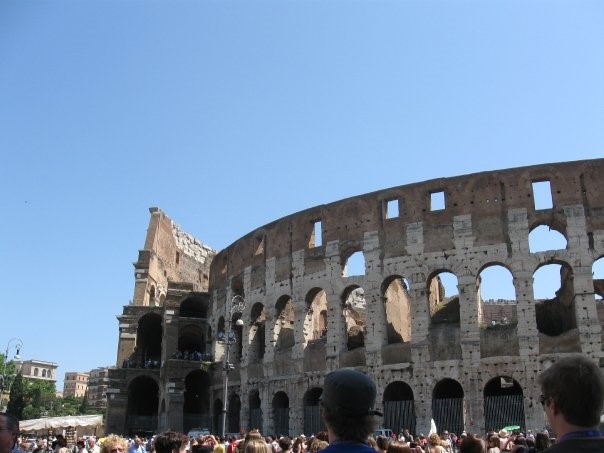 1. Take in the blend of the old world and the new world.

Did I have an interest in history prior to the trip?  Sure.  Did I think “old stuff” was cool?  Yes.  But I wouldn’t credit myself with having more than a glancing admiration.  Now, when I think back to the experience and reread the words of my nineteen-year-old self, I want to tell her to open her eyes and look harder, take more in.  When we walked around that first night, we stopped at a small convenience store to purchase beverages for the walk… and then we turned a corner to ancient ruins.  Ancient ruins that lasted thousands of years, open to the public in the middle of the city square, unmarred by modern-day people.  From what I’ve witnessed, even new things do not last long without being graffitied or destroyed in America.  In other countries, history quite literally stays alive, unblemished.  We were standing in front of the ruins where Caesar had been stabbed, casually sipping Bacardi Breezers while the streetlights, lit by electricity, allowed us enough light to gaze upon them.  Modern expediency aside of old-world charm, existing peacefully.  And virtually every time you turn a corner in Rome -as we witnessed on our walking tour the next day of all the great monuments- this is what you will come across.  How amazing is that, to live in a world or visit a place where this is possible?

After being spoiled in the hotel for a couple of nights, we transitioned to our apartment, which was actually much larger than we expected.  Shortly after moving in, we started classes: Beginning Italian and Foundations of Oil Painting.  Monday through Thursday, we would take the public transportation system to the university, which allowed us to explore the city in a different way. 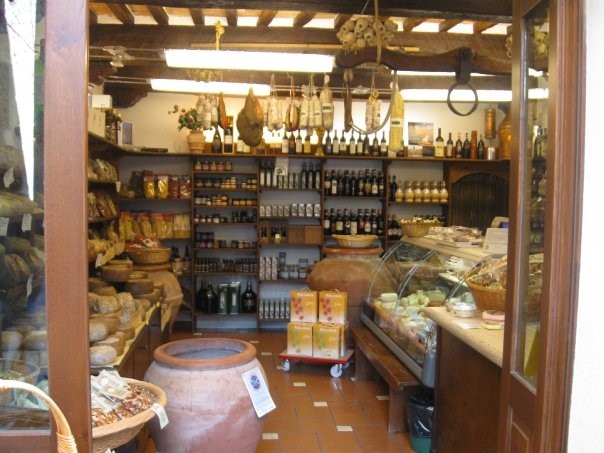 2. Embrace the locals, for they have so much to offer you.

It can be intimidating to immerse yourself in a foreign culture when you are the outsider who doesn’t speak the language.  You don’t know who to trust and you are embarrassed by your limited verbal skills, which makes you want to shy away from the native-speakers around you.  As we learned more Italian, we became more confident about speaking and began to interact more.  In Rome, many people do speak English, so it is not a necessity to learn the language, but the more you use your skills, the easier it gets.  The locals also appreciate the effort.  It helps you to feel more established in your new home.  For example, every school-day we had over an hour break in between classes.  During that time, we would walk to a place nearby.  Living on a budget, we started to frequent the same café where we could get lunch for about three euro.  The nice man that worked there always spoke to us in English at first…and then we started trying out phrases that we had learned.  It became our “thing” to say “a domani” instead of goodbye, which means “until tomorrow”.  He was a friendly face that became part of our routine, and it did make us feel more connected to our new home.  I only wish we had engaged more with other Romans, that we hadn’t been too bashful to take the risk to communicate in Italian.  Who knows what we would have gained. 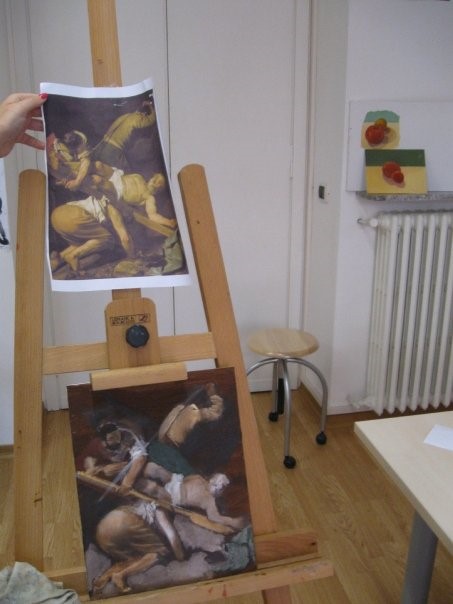 3. Immerse yourself in the art and architecture.

I have always been drawn to the arts, which is what led to taking the oil painting class.  It is still my favorite class I have ever taken.  The class was two hours and fifteen minutes long, and it was the fastest two hours and fifteen hours of my life.  I found myself lost in the painting, amazed by the many shades and variations I could create from just the primary colored water-based oils and the way I could manipulate light and dark to create effects on the canvas.  We spent a few weeks replicating an oil painting of our choice by Caravaggio, of which I chose Crucifixion de San Pedro.

The best part?  Do you know how I decided?  We want on a walking tour of Caravaggio’s work and I saw the painting in person.  Because virtually every church you enter in Rome will have works of art that are hundreds of years old, history immortalized in paint and right at your fingertips.  At nineteen, you get tired of walking into church after church.  They all start to look the same.  But now, I know there is so much to be admired.  I now love church architecture.  The intricacy fascinates me.  And I could spend hours wandering from church to church to view the art.  To think that a single person could harness that much talent with few resources at hand is truly extraordinary. 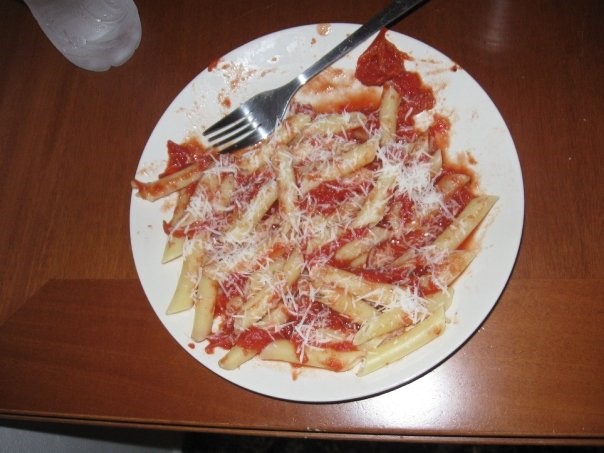 I am a self-proclaimed carboholic with a cheese problem…which means Italy would be my playground.  Truth be told, it was.  But when you are a college student on a budget, you tend to frequent the places you can afford that you know are good.  We used to eat at the same restaurant around the corner from our apartment where you could get the best penne a la vodka for five euro several times a week.  It was the best I’ve ever had, and when I went back to Rome recently I was disappointed that I didn’t have time to get back there.  Can I say “creature of habit”?  But I’m sure there were ten other places within one minute of walking that would have been equally as good, and I wish I would have tried them all.  The same goes for gelato.  There are a million different gelato places, and we didn’t try a fraction of them.  Lord knows the amount of walking we did would’ve allowed us to indulge in whatever we pleased. 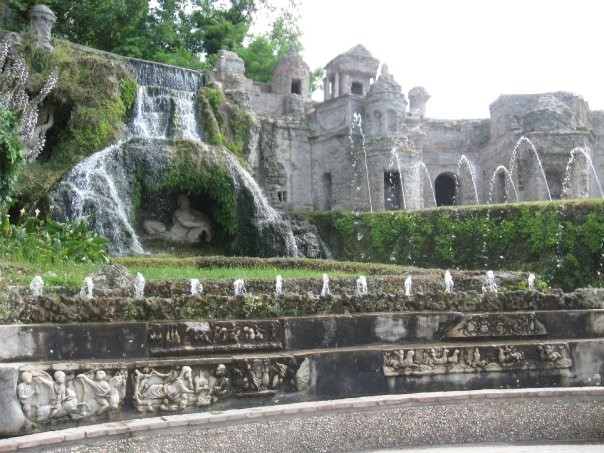 5. Explore wherever and whenever you can.

Having had the opportunity to travel the world more since studying abroad, I can confidently say that anywhere you go is worth visiting.  Small towns have just as much to offer as big cities.  During that summer in Italy, we went on two excursions: one was a weekend trip to Tuscany and one was a day trip to Tivoli.  They were both included in our program.  We took two day-trips to different beaches by train, and that marked the extent of our traveling outside of Rome.  We ventured somewhat within Rome, but only where we felt comfortable walking or taking the bus and being able to navigate back.  I must have been insane to go all the way to Europe and basically not leave my own “backyard”.  Granted, I must also add that it’s difficult to travel far on the budget of a poor college student.  We watched other students from our program take weekend trips to other countries and cities alike, concluding that they must have come from money in order to do so.  Now I know that, had I planned ahead, we probably could have visited at least one other country in addition to a few weekend trips around Italy.  At the very least, we should have been less afraid to get lost in Rome.  When you wander around an unfamiliar place, you never know what wonders you may come across.  If I could go back, I’d tell myself to take out an extra ten thousand dollars in loans and to do everything under the sun!  Money is just money.  Eventually, you’ll pay it back, but the memories you make discovering unknown lands with your friends or family cannot fall under a price tag. 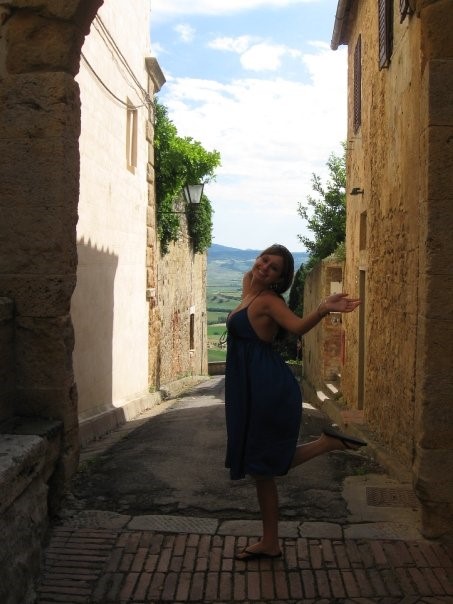 6. Home is where the heart is, but it will wait for you.

Possibly the most embarrassing and regretful part of all of this is rereading the whiny, lamenting comments I wrote each day in my journal.  I know that I am at a much different point in my life now than I was nine years ago, and so I can sympathize with my former self for being so homesick.  It was the first time I had really been on my own considering my regular university was in my hometown.  But I know that I wasted a lot of time that could have been better spent than moping around missing home.  Your home, your family, your friends, boyfriend, what have you… will always be there for you to return to.  Enjoy every moment that you have while traveling because each moment is one that you will not be able to get back.

The list of lessons I learned looking back on this experience could go much longer than this.  I can comfort myself and lessen the regret by acknowledging that my choices brought me to where I am today.  Maybe I avoided some potential unknown danger by being hesitant to explore.  Maybe I would have ended up in a different profession, relationship, or home had I made different decisions.  I firmly believe everything happens for a reason. But the most poignant message I want potential “study-abroaders” to receive is that you should take the risk.  Get on the plane.  Take out the loan.  Do a full semester.  So what if you graduate one semester later than planned?  Travel and explore and take it all in.  You may regret not going, but you will never regret gaining another country to call home.