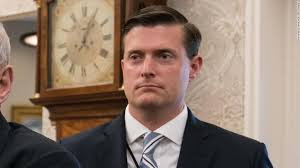 Who’d of thought Thursday White House shenanigans would be out of the playbook of Shonda Rimes (Ms. Rimes please don’t write me). But the more we get on Rob Porter, the more it looks like Thursday night on ABC.  Wednesday Porter resigned in a huff as his two ex-wives accused him of domestic abuse. Chief of staff John Kelly couldn’t refrain from standing up for Porter even though it appears he knew of the domestic violence. It appears Kelly knew of the allegations and limited security clearance for Porter because of it. Yet he still found it okay to stand up for him against these allegations.

But wait, there’s more to this WH Prime Time Soap Opera. Enter Hope Hicks, WH communications director, who was handpicked by Trump in 2016 to join the campaign then as communications director, one who apparently rarely speaks. She’s been dating Porter, which puts her in the fray. Yet, according to CNN, she managed with other aides craft a supportive statement that was put out in chief of staff John Kelly’s name.

Porter’s ex-wives found their voices, stood up and spoke out. For the most part, they were ignored. Not unlike the gymnasts who found their voices and spoke up, years ago. It was known, and nothing happened. It’s time to stop the madness, even at the highest level of our government. #TimesUp

GOVERNMENT SHUTS DOWN, THE SEQUEL

While you were sleeping, it happened again. Congress did vote again this morning at 530AM and like that it’s open again. What’s going on? At this moment the debt ceiling is raised, the government is spending more money than they have, and these embarrassing shutdowns are done for at least two years. It now goes to the White House to get signed before government employees arrive at work and financial markets open. And all is right with the world for the next two years.

The eyes of the world are now on South Korea for the start of the 2018 Winter Olympics. The temperatures have been extremely cold but seem to have warmed to the high 20s. Frigid temperatures and wind have been a major concern. But get ready for a day of figure skating, curling and more. NBC coverage began at 6 AM, count on the net for live coverage of the opening ceremony and the games. On stage also will be politicizing with North Korea back in the games and Kim Jong Un’s younger sister in attendance.  The first time a member of the family has visited South Korea.  VP Mike Pence representing for the US spurned by a gay Olympic figure skater. As Pence tries to spurn any contact with North Korea. Doesn’t sound very diplomatic. North and South Korean athletes will march together under one flag. Now that’s a show of diplomacy. Stay tuned for optics of who’s winning that game, US Pols v. North Korea Pols. Game on!

HISTORIC BLIZZARD OF ’78 WHERE WERE YOU? 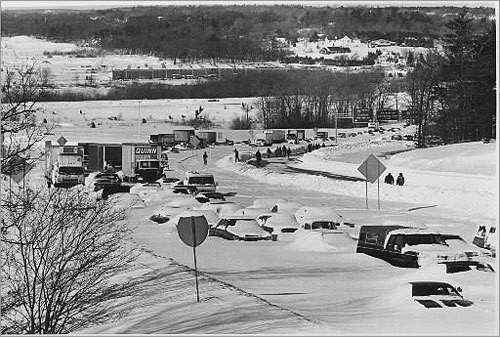 It’s been 40 years since the epic blizzard occurred but you must have memorable stories that seem like it was just a few years ago. Share your stories with us.  Photos too if you have them.