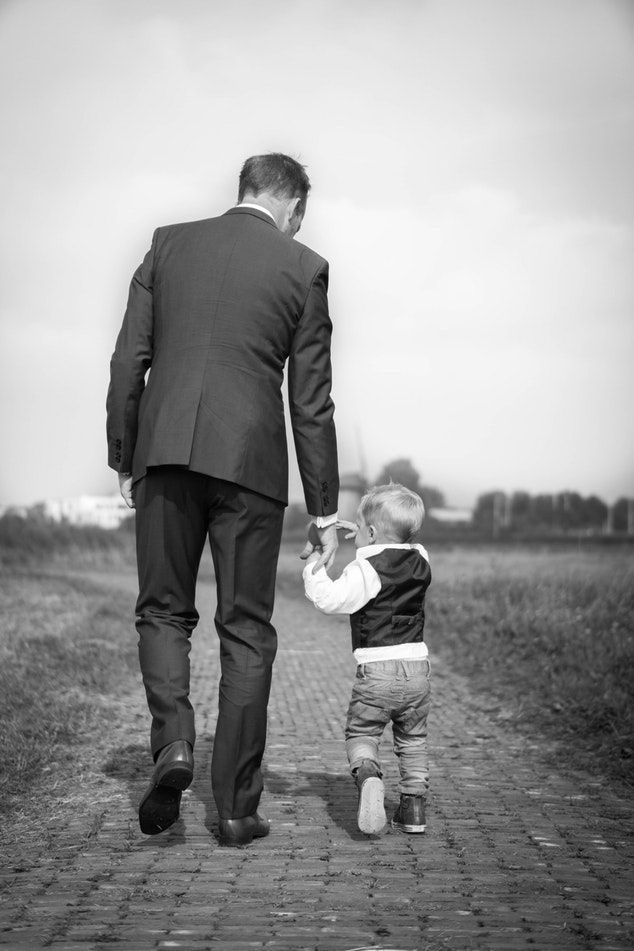 While I know I’m preaching to the choir, there’s something to be said for the changes a relationship goes through over time.  When you’ve dated for years, lived together, been engaged, and gotten married, you think you know a person pretty well.  You think that you’ve seen all of his best and worst, and you think you know every crevice of personality.  And then you have a baby.

For better or for worse, this shows you parts of your significant other that have never been seen before.  Undiscovered territory.  And I’ve heard both sides of the coin with this issue: the men who rise to the occasion and the men who disappoint.  While I’m sure there is a lot of the latter, there are a lot of the former too.  Those men deserve to be celebrated.  Those men probably deserve a medal of honor.  Because I may speak for myself here, but us women aren’t exactly the easiest of creatures to deal with when it comes to childbirth and the days and weeks to follow.  I’m sure some of you may be reading this with your feathers puffed out.  I know that some of you are thinking that if women do all of the hard work, the least we can expect men can do is support us.  Rightly so, ladies, rightly so.  But for all the credence we have to toot our own horns, the guys that stand by us through it all do need some appreciation as well.

After the men get through the initial momentary panic of the “we need to go to the hospital” proclamation, they step into the role of physical and emotional support during labor and delivery.  For some, this means a continuous flow of words of encouragement… or sitting silently after being yelled at to not speak during the pain.  For others it means hands getting crushed or holding back legs during pushing.  For still yet others, it means sitting near the operating table, a bystander keeping the wife calm or talking behind the curtain with her as her stomach is cut open.  In all situations, these men hold it together for us and put on a show of strength when all the while, they must be scared as hell too.  This is especially true with the first child when neither of you has any idea what you are doing or what to expect.  The good men are calm and collected on the outside for the sake of the women who already have enough going on without having to worry about the mental well-being of the men.

While there is a certain level of gory surprise during actual labor and delivery, it’s not until after birth that our men get up close and personal in whole new ways.  When a baby is actually being born, there’s so much else to focus on that’s fueled by adrenaline.  I doubt either party is paying as much attention to the less pleasant parts… until afterward.  Some women may say that after birth is when they felt most beautiful, but as for the rest of us that felt and looked like we had been run over by Mack trucks, we know the truth.  We know we likely haven’t showered for a while and there are all kinds of fluids involved when labor is happening.  We know our makeup is probably eradicated or smeared all over our faces.  Some of us are lucky enough to have been pumped full of fluids and therefore are swollen almost beyond recognition of our own bodies, even compared to pregnancy.  And while I would never claim that love is based on looks – because it is most certainly not – it is likely this is a sight that neither ourselves nor our husbands had yet witnessed.  It may be a beautiful experience, but it usually doesn’t paint the prettiest picture.  But the good ones still make you feel like you are as radiant as you have ever been.

They also become knights in shining armor during these days in the hospital.  I’m sure many of you ladies can join me in saying that we often like to accuse our husbands of being selfish.  Why am I the only one around here who does anything?  Would it kill you to think about me for once? 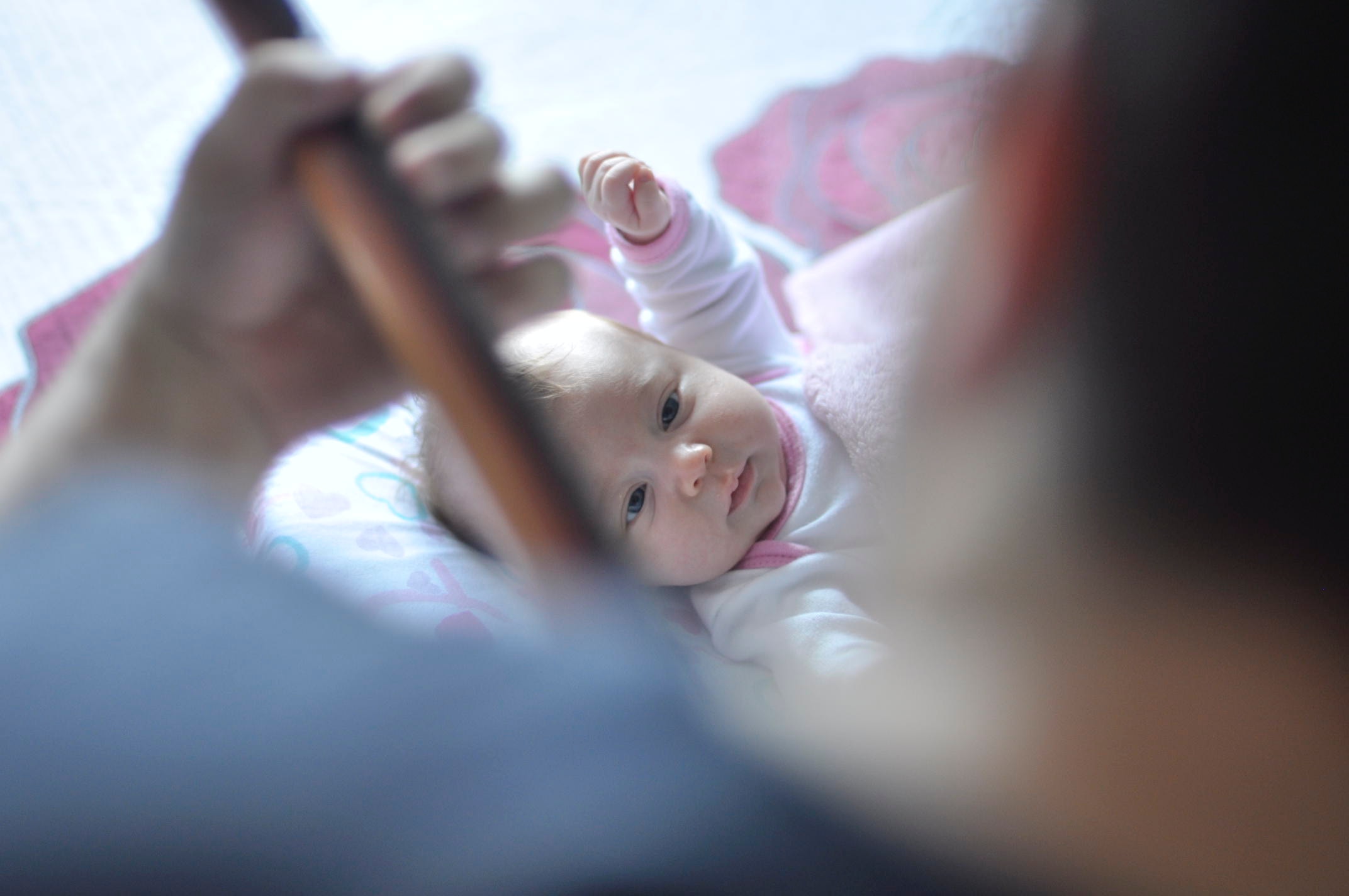 But some sort of magic happens in the confines of a hospital.  Suddenly, these good men who, on a normal day, have their faults, swoop in and become the best versions of themselves.  These men are fluffing our pillows, fetching things we need, offering to lift us out of bed when it’s difficult to move, staying the night every night even when you tell them they can go home to get some real sleep.  When you take your first shower and you feel like you’re going to pass out, these men are the type that towel you dry and get you dressed.  They become far more familiar with pads and mesh underwear than they ever could have thought possible.  They comb your hair and elevate your swollen feet with pillows, adjusting them just so.  They put your socks on for you and push you around in a wheelchair.  When you start walking the halls at a turtle’s pace, they patiently walk by your side.  They keep asking you what they can do or what they can get because they just can’t do enough for you.

When you’re experiencing unexpected challenges following the birth and you’re not just a physical mess, but also an emotional mess, that’s when they’re at their best.  You may both be scared and confused about what you’re experiencing, but he lets you be the one to melt while he stands strong.  He reassures you that everything is going to be fine, that you’ll get through it all together and that someday these hard days will just be memories.  When you are inconsolable, he silently comforts you, stroking your hair and letting you cry it out for as long as you need to.  He wraps his arms around you, makes you feel like he is quite literally holding all of your pieces together.  This good man lets you be the selfish one now.  No matter how he may be feeling or what he may be going through at the same time, he lets you fall apart while he remains your stalwart strength. 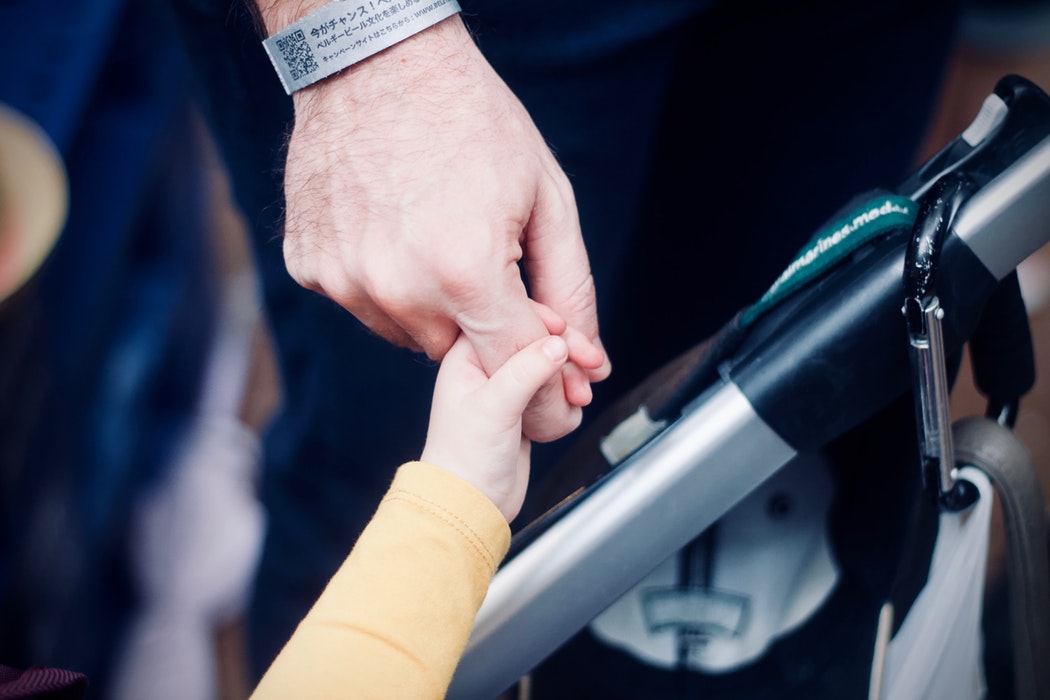 When you come home, his goodness still doesn’t subside to its normal level.  He gets up with you for every feeding in the middle of the night and helps you figure out this new little being in your care.  He gets involved in every aspect, learning alongside you and doing his share of diapering and rocking and staring at this bundle of perfection.  Even though he has to go off to work each morning and you don’t, he still takes turns with you for the middle of the night feedings as time goes on so that you can get some sleep.  And when you do try to do more yourself, he comes home from work early without asking because he innately knows that you just need some rest.  That try as you might, you can’t do it yourself yet.  When your movement is restricted, he also takes over the household chores and cooks for you too.  He runs all the errands that you can’t run when you can’t drive.  With the good man, it seems like he does more than you do lately.  He makes you feel like he’s your hero when in reality he thinks he’s just trying to be your equal.

Are all of these things that I’ve described to be expected?  Maybe.  But I know that not all women are fortunate enough to have one of these good men.  I also know that I’m probably leaving out a lot of other things that these good men do because we probably overlook a lot of it and take it for granted.  Having a baby with a good man means you get to watch the person you love transform into someone you love even more than you already did.  It means you get to take a step back and be in awe of what a great life choice you made in your partner.

Happy Father’s Day to all the good men out there.